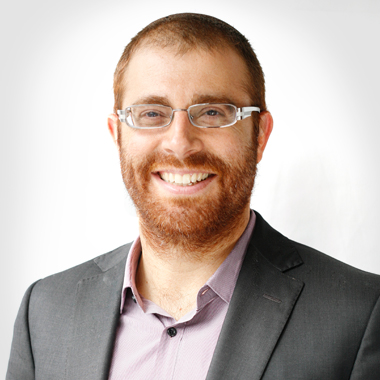 When Yehuda Ashkenazi discovered Kabbalah, he had just graduated from music school and was in the midst of working on his first album. For him, music was a connection to the divine and his way of sharing love with the world. Little did he know at the time that Kabbalah would be his way to share what was in the deepest reaches of his soul.

Born and raised in Israel, Yehuda has spent the last decade studying, teaching and practicing Kabbalah all over the world, in places such as Tel Aviv, Haifa, New Jersey, Philadelphia, New York, and now Miami. With his passion, intellect, and sincerity, Yehuda has touched thousands of people with his talent for applying the complex wisdom of Kabbalah to common problems individuals face on a daily basis, endearing him to the students whose lives have been dramatically improved as a result of studying with him.

Yehuda and his wife Miriam work tirelessly to share the teachings of Kabbalah with anyone who has the desire to learn. Their burning passion is fueled by the knowledge that Kabbalah offers a path towards lasting peace both personal and global.

Tap Into the True Secrets of Healing Your Life
Yehuda Ashkenazi
July 8, 2015

Building Our Own Tabernacle Within
Yehuda Ashkenazi
January 28, 2014

Chaos: Our Wake-Up Call to go to our Next Level
Yehuda Ashkenazi
November 19, 2013

Being in the Frequency of Miracles
Yehuda Ashkenazi
November 9, 2021
Kabbalah.com Membership