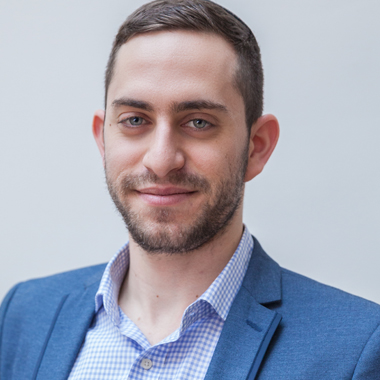 Although he was born to Kabbalah Centre teachers, Yosef’s choice to study Kabbalah was strictly his own. He recognized that helping people realize their purpose in life was the best way to help others, and so he decided to become a teacher, accomplishing his goal in 2011.

Yosef is passionate about the wisdom of Kabbalah and finds fulfillment from studying the deepest texts. However, it is his involvement with Kabbalah Centre activities that inspired his decision to become a teacher. Yosef draws from his experiences at Centres across the world. He was born in Los Angeles, spent many formative years in Israel, and has lived all over the USA, studying and engaging with Kabbalah Centre communities at each stop. Yosef launched the Kabbalah Centre Teen Programs in both Miami and New York. He credits his work of teaching young people as the catalyst that drove him to become passionate not only about learning Kabbalah, but also about teaching others the wisdom. He strives to emulate Michael Berg’s profound-yet-practical instructive style, and, having a background in ancient texts, particularly enjoys teaching about the Zohar and Rav Ashlag’s writings.

Yosef endeavors to help others discover a viable path to fulfillment by studying the Zohar and thereby connecting to their souls' purpose, envisioning a future in which people respect each other’s differences yet still unite as one. He currently lives in New York, where he teaches classes and meets one-on-one with students.

Introduction to the Tikunei HaZohar
April 21, 2020