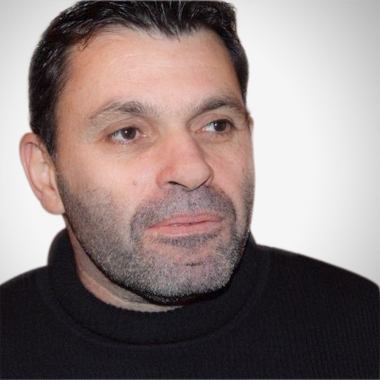 Yaacov Burla, originally from Israel, found The Kabbalah Centre in 1997 through a flyer given to him by a four year-old girl while he was walking through the streets of Tel Aviv. Immediately drawn to Kabbalah because of the secrets of life that its teachings reveal, Yaacov soon began volunteering more and more and traveling all over the world to be with the Kabbalah community for all the International events.

The course of his life changed after Rosh Hashanah 1999, however, when he stopped in at the Kabbalah Centre in New York to help plan Yom Kippur. He was meant to fly back to Israel right after that, but had a conversation with one of the teachers during which he decided to become a full-time volunteer. Yaacov ended up staying in the New York Centre for five years, working in maintaining the actual Centre building during the day and talking with students in the evenings. In 2005, he became a teacher and joined Student Support in the Los Angeles Centre before moving to Boca Raton, Florida three months later. There, he works with students on a one-on-one personal level.

Yaacov, who studied Communications in college, is known among his students as a very good listener. Kabbalah has brought clarity to his own life, and he works tirelessly to share with his students that same wisdom, hoping that it brings the world one step closer to his vision of the end of chaos. Currently living in Boca with his wife, Yaakov enjoys fishing and going to the movies when he is not studying or teaching.