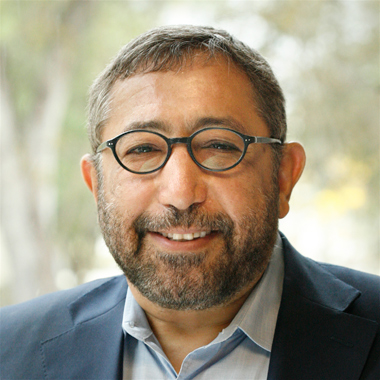 Shimon was born in Tunisia in 1958. He first connected to Kabbalah as a young man when a college friend brought him to The Kabbalah Centre. He has been an active member ever since. In 1985, he left his career as a mechanical engineer to become a staff member at the Centre. In 1988, Shimon married his wife, Rachel, and started teaching.

Shimon found fulfillment witnessing the impact Kabbalah had on others, seeing people open their hearts, and connecting to kabbalistic wisdom. He was known among his students for his warm personality and laid back approach. He aimed to give simple, yet profound lessons on how to apply the power of Kabbalah to daily life and he encouraged his students to find answers within themselves.

Shimon lived in France, Israel, New York, Los Angeles, and Miami. He spent every day of his life working towards eliminating pain and suffering in the world. Shimon left this world in 2016 but the light that he revealed lives on. Shimon and Rachel have five children.

Many of Shimon's classes are still available on Kabbalah.com. We love and miss you, Shimon.