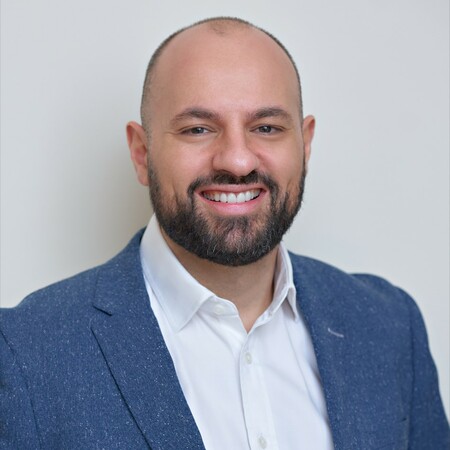 Paolo was born in Madrid, Spain, to an Italian mother and a Spanish father. He studied Law and Theater in Madrid, and worked for two decades as Assistant of Consular Services for the Italian Embassy, where he received recognition from the Ambassador for his dedication. In 2008, he discovered the Kabbalah Centre thanks to a friend.

Inspired by the changes that following this wisdom could lead to, Paolo felt the need to help disseminate this knowledge to more people. Soon he got involved in the activities of the Centre first as volunteer, leading different projects, and later as a mentor, accompanying other students and imparting introductory lectures. In 2017, thanks especially to Karen Berg, he became a teacher, guiding students, imparting classes and private sessions.

As it is in his nature to be empathetic and intuitive, Paolo has the ability to explain deep concepts in an easy-to-understand way. He accompanies his students through the transformation process with passion and commitment, combining coaching techniques and deep kabbalistic tools such as the Zohar, kabbalistic meditations, and Hebrew letters.

Paolo is passionate for his family, and he loves martial arts and music. He founded a music label in 2011. He currently lives in Madrid, Spain, with his wife and two daughters.