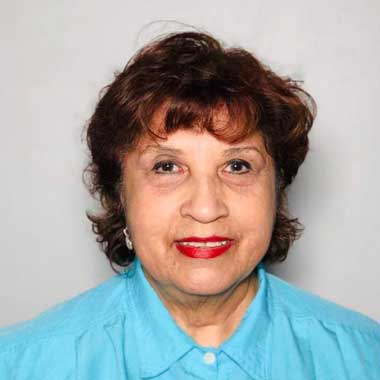 Esther was born in Caracas, Venezuela, where she discovered the wisdom of Kabbalah in 2000 after Rav Berg's second visit to the country. Already an accredited astrologer, Esther immediately took to kabbalistic teachings that, she feels, have opened her mind to a new understanding of existence. She has degrees in Education and Philosophy and spent 25 years as a researcher at the Central University of Venezuela.

After starting her work as a volunteer, Esther spent over a decade as the Bookstore Manager at the Caracas Centre. Before long, she parlayed her interests in astrology into becoming an assistant to Tamar Ricardo, one of the Kabbalah Centre’s Senior Kabbalistic Astrologers. In 2005, she began creating astrological charts and in 2014, Esther became part of the Kabbalah Centre’s Latin American team of astrologers, a role she has played to date.

Esther currently lives in Caracas, and she frequently tours Latin America creating astrological charts. She loves connecting with and helping students from all over the world transform their consciousness.