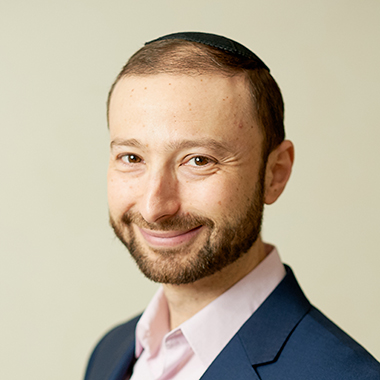 Daniel was born in Ukraine and immigrated to Israel with his family when he turned twelve. In Israel, he joined the army, where he specialized as an aviation technician and after finishing his studies began working as an engineer. In 2002, his younger brother started visiting the Kabbalah Centre, and Daniel – in order to "keep an eye" on his brother – did as well. He saw firsthand the positive results people experienced from Kabbalah's practical tools and in the end decided to stay and become a part of the Centre.

Daniel now serves as a role model of the benefits of kabbalistic tools and methods by constantly transforming his nature and manifesting changes in his life. He started his career in The Kabbalah Centre as the manager of the Haifa Centre and six years later received an invitation to teach in Moscow, where he now resides.

Daniel’s students describe him as a very attentive, inspiring, and kind-hearted teacher. His favorite books are Nano and Immortality by Rav Berg, which he likes to reread from time to time in order to remind himself of his ultimate mission in life: to inspire and help others to change themselves and, by extension, change the world.