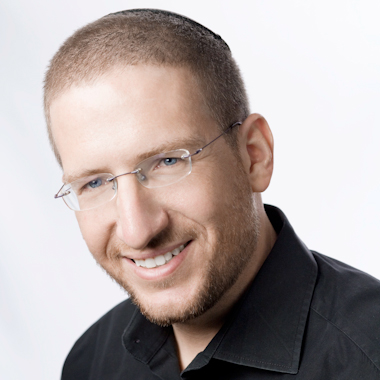 Chagai Shouster found Kabbalah on Mount Everest, or rather, Kabbalah found him.

Chagai had dreamed of going to Mt Everest, and when he got there after leaving the Israeli army in 1995, his life changed forever. There he met a student of the Centre and had his first taste of Kabbalah. He was immediately attracted to the simple and clear wisdom Kabbalah lays out to understand life. When he got back to Tel Aviv, he signed up for Kabbalah 1, and has spent every moment of his life since then dedicated to bringing The Rav and Karen’s vision for human dignity, unity, and the removal of pain and suffering, to the world.

Chagai has been a Kabbalah teacher for almost 15 years now, spanning the globe in locations like Tel Aviv, London, Boston, Las Vegas, Orange County, CA and now New York and Florida. He has played a major role in the mission of the Centre by spreading the teachings of Kabbalah all the way to Istanbul, where he started the first Kabbalah Centre study group in Turkey.

His teachings are filled with the simplicity of kabbalistic wisdom, and he is particularly talented at helping others take what seems complicated and make it simple. “Every single problem has a simple solution,” he says, and his goal is to share the spiritual tools needed to find these solutions. It is therefore no surprise that he loves teaching Kabbalah 1 and 2.

Using the wisdom of Kabbalah personally, he has learned how to change himself and become a better person. He shares with his students the tools that are necessary for the process of transformation, helping them to remove their negativity to become a better person, a better channel of light, and a person living the life they are meant to live – a life of never-ending fulfillment.

The Seed Level of the Year
Chagai Shouster
September 23, 2014

Pesach: The Technology of Freedom
October 25, 2013