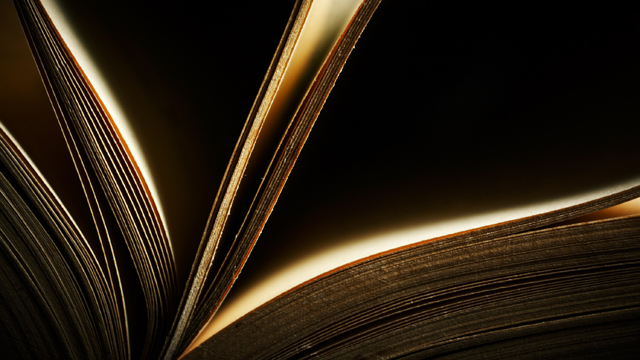 The Zohar portion of Naso means “to elevate” in Hebrew. As Rav Berg teaches, we can learn much from the name of the portion, as well as the first verse in that portion.

One of the main gifts of this week is an opening in which we can become more elevated. There is a well known passage that shows us how, through the use of the right tools, we can elevate.

“But the wise shall understand,” since they are from the side of Binah, which is the Tree of Life. For them, it was said, “And they who are wise shall shine like the brightness of the firmament” with your composition, OF RAV SHIMON BAR YOHAI, which is the book of the Zohar, from the light of the supernal Ima CALLED repentance. They do not require a test and, because the children of Yisrael in the future will taste from the Tree of Life, which is this book of the Zohar, they will leave the exile with mercy. It will hold true about them that “so Hashem did lead him, and there was no strange El with him.”

In this section, the Zohar speaks about the unique time that we are facing now. It is called the “time of Messiah”, “time of Revelation”, “time of age of Aquarius”, … those who would connect to the Light, and those who will not. During this test – that all of us are undergoing – those who are open enough and transform enough will be able to receive the enormous amount of energy and Light revealing itself in the cosmos. Those who are not connected, therefore, will not be able to handle this enormous amount of Light. It is as if one were being exposed to an enormous amount of physical light after having been in a dark place for too long. However, if a person were already around enough light, when he is then exposed to more light, he can handle it.

Whether we want it or not, we are close to the time when the whole world will have to go through a transformation, a positive transformation.

But the Zohar tells us about a deeply helpful tool in this section: Those who would be connected to the power of the Zohar will be able to handle the Light, the intensity, the pressure that the whole world is facing without having to go through the test of chaos, pain, and suffering. This is what all of Kabbalah is about and what The Kabbalah Centre stands for.

Kabbalah teaches that the fact that we are connected in some way to the Zohar doesn’t mean that there will be no more challenges in life. Rather, it tells us that the most powerful tool to go through transformation – without the horrible chaos and negativity that we might need to undergo for our Tikun (the process of amending and becoming the best version of ourselves) – is the Zohar. Personally and globally.

The exile that the Zohar refers to in this passage is the exile of our mind, or when our consciousness is far away from the Light. Through our connection to the Zohar not only do we not have to go through the test of chaos, pain and suffering, but also we receive the gift of extricating ourselves from the exile – our disconnection from the Light – in a soft, merciful way. It is much easier to learn the lessons of life if the awakening comes from within, and not from the universe.

The wisdom of Kabbalah is information, it is the rules of the game of life, it is an understanding of right and wrong, it is the understanding of how to connect, of building an appreciation towards the Light of the Creator. But when we talk about the Zohar, we are not just talking about wisdom. We are actually talking about power, energy, and strength—because when we connect to the Zohar, we are actually connecting to the elevated soul of Rav Shimon bar Yochai. Rav Shimon was able to bring down the Light of the Creator for us in the most powerful form: the Light of Binah. Because the Light of the Creator is abstract, unlimited energy, the highest Light that we can ever feel in this world is the Light of Binah – the eighth level. Rav Shimon, through the Zohar and the ascension of his own soul to the level of Binah, was able to bring the energy of Binah down to us through the Aramaic letters of the Zohar. Because a human being reached that level, when we connect to the Zohar today we are able to access an enormous amount of Light.

Each one of us, whenever we do anything, should keep in mind that it is very important to know how much energy we are drawing because of our intention. Our soul will be transformed by helping others, but it is not what we are doing to help others; it is actually the level of purity we have when doing so that determines how much Light we will receive and how much energy people will get. In order to achieve a lasting effect when helping others, we need to make sure that our consciousness is in the right place, and that Light we reveal in ourselves will be transmitted to others.

Rav Shimon bar Yochai was not just a channel to give us the words of the Zohar and to connect us to Binah just as information or wisdom. Since he reached such a level of purity that he was – completely – a partner with the Creator, he was able to overcome any fear, any negativity, any opponent, and nullify his body consciousness completely. He was able to, in spite of the pain and suffering of the physical body, have his consciousness go beyond the physicality of the body. He reached a level that revealed a massive amount of Light through his soul, and that infusion is in the Zohar. That is the reason why the Zohar is eternal. That is the reason he was such a channel.

So when each one of us scans our Zohar, we need to understand that we are not just connecting to the abstract force of God. We are actually able to access the power of God, the power of the Creator, the power of Binah consciousness, the power of freedom, the power of defeating our Opponent – not as intellectual concepts, but as actual strength and force, and it is THAT for which we are looking!

The Kabbalah Centre has disseminated hundreds of thousands of Zohars all over the world; just the presence of these Zohars becomes like satellites for the energy of Binah. But if we think about it, God exists everywhere, so why do we need satellites for God? Because we need the actual bridge, an instrument that accesses the genuine power of the Creator, not his potential power. The Rav explained that God exists everywhere in a “suspended” way, meaning “waiting to be revealed” or “concealed”. We need strength to activate the power of the Creator. We can say that the Creator is within us, yet we can still be depressed. How do we activate that force of excitement and joy within ourselves? We need the power, not the intellect, of the Creator.