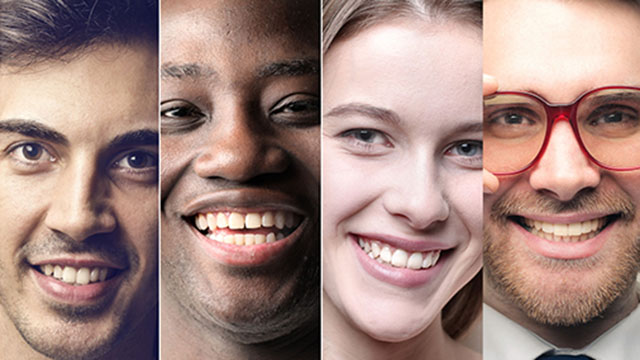 Millennials are special souls. They don’t just believe in God, they want to experience God. What they might not know is that it’s their very destiny is to do so.

Google the word “millennial” and you are sure to find a deluge of disparaging articles: What’s Wrong with Millennials, Millennials: The Me, Me, Me Generation. As the Spiritual Director of The Kabbalah Centre, I believe it is vital for the every generation and especially the Millennials to understand their spiritual importance and impact on global consciousness.

Millennials are generally defined as the generation born between 1980 and 2000, they are supported by a wave of unique spiritual energy that assists them to serve the world at this specific time.

A significant portion of the millennial population was born with the astrological influence of Pluto in Scorpio (those born in November of 1983 through January of 1995). This arrangement of stars points to a transformation of consciousness. People born under the influence of Pluto in Scorpio care about the best interest of humanity, are driven to change the world, and have the capacity to do so.

Millennials are a powerful generation because they have come to do things that will require great strength to accomplish. They have already surpassed Baby Boomers at over 76 million. However, their power is not only in number, rather as individuals they have been given a force. A curtain has been lifted. All is known and available. They are people who do not accept reality as it is; instead they seek to investigate, always acquiring more and more knowledge to make things better. Think of technology in all of its many permutations that brings people and information together, without limitation of language, location, or level of understanding. While the boomers invented the internet it is the Millennials that understand it. This is because these unique souls came fortified with the wisdom and energy to usher the world, at this time, to its spiritual awakening and purpose. “No longer will they teach their neighbor wisdom, or say to one another, ‘Know God,’ because they will all know me, from the least of them to the greatest.” – Hebrews 8:11

According to the stars, the energy of the time supports Millennials, and they support the energy of our time. In the year 2000, there was an unusual cosmic shift that took place. The Rav would say that the generation born of that period, will be the ones to escort us into an enlightened era, and will actually live to see it occur. Let me explain what he meant by that. The year 2000 corresponded to the year 5760 in the Hebrew calendar. The number 5760 is a significant one from a Kabbalistic point of view. 5760 is the number of Seah of water used for a Mikve. Seah is an ancient form of weight measurement that equals the amount of liquid you can hold in an egg. A Mikve is a ritual purification bath used for spiritual immersion. According to Rav Ashlag, the founder of the Kabbalah Centre, while a person is immersed in this body of water, they are freed from any aspect of negativity, and death itself cannot exist. The Rav inferred from this that the year 5760 was a time of global Mikve that would mark the opening of an age where immortality would become an achievable reality for humanity.

So the generation that was born just before 2000 (5760) could be the one who will bring us to time of illumination. Where all of the Creator’s Light is revealed and there will be no negative or chaotic forces to challenge us. According to the Zohar, the year 6000 is the destined time for Peace on Earth, and total unification between the Creator and humanity. However, Kabbalists also explained that people could bring about this unity before its scheduled date.

How is this date calculated, and where do we stand in the cosmic scheme of things? Well let’s take a look. Every time we see the number seven, we know Kabbalistic ally that it represents a complete cycle, the seventh day which is the Sabbath, enters on Friday evening at sundown and lasts 24 hours. The seventh day is when this physical world and the spiritual dimension come together in unity and completion. From the day of creation in the Biblical Hebrew calendar, we find ourselves now in the year 5777. If we were to consider every millennium as one day —every 500 years being 12 hours—then we are currently living in the millennium equivalent to Friday afternoon, just several hours before the energy of Shabbat will enter. Is it a coincidence that a generation called the Millennials was born just several hours (240 years) before this spiritual change? Is it any wonder that they have been gifted with the knowledge, and the capacity to bring about this global unity and harmony of all souls, possibly before it’s time?

We have evidence of the spiritual capacity of Millennials as their consciousness drives industries to produce goods and services that revolve around shared experience not ownership. We see examples of this in the transportation sector with Zipcar and bike-sharing systems; we see this in shared spaces like WeWork and Airbnb; and of course we see it in social media, where we share our lives.

With the introduction of Facebook alone, which links 1.8 billion souls and growing, on one platform (over one quarter of the world population) a Millennial was able to bring about a connection of people in numbers once considered impossible. We stay informed by a network consisting of friends as well as strangers, and engage globally during crises to support each other. We express a heightened awareness of the plight of others, and share our passions creating understanding and respect for our individuality. All of our experiences become one shared experience..

Steered with a purpose to make things better, for people and our planet, 84% of Millennials made a charitable donation in 2014. Facebook founder Mark Zuckerberg made headlines on his own site when he posted about his commitment to donate 99% of Facebook shares to The Chan Zuckerberg Initiative, a philanthropy organization that he and his wife Dr. Priscilla Chan founded. The organization focuses on education, science, and curing all disease within the lifetime of their daughter, Max, born in 2015.

According to the Bible and the Zohar, the end to disease and death will be one of the indications of this enlightened era. “The eyes of the blind shall be clear-sighted, and the ears of the deaf shall be opened… the lame shall leap as a hart and the tongue of the dumb shall sing…” (Isaiah 35:5-6) “Death shall be swallowed up forever and God shall wipe the tears from every face… (Isaiah 25:8).

My friend, Fernando Brocka, Shaman of the original tradition of Mexico said this is the first generation where the young ones have come to teach the old ones. He said, “These people, born around 1991 and earlier, arrived on the planet with a very evolutionary spirit. Their vibe of energy is very connected with unity and the concept that everything is woven together. They are aware that the Earth is like an organism and that all the people and animals and plants work together. These young masters have a spiritual knowing in their heart, even though they might not know it in their head, they feel it. They are here to teach us compassion, and respect.”

As we can see, Millennials came to escort in this special time with their essence, and with their numbers. As the largest generation since the Boomers, the sparks of light they represent is the greatest in history. Millennials need to learn that they have power within and that it is their destiny to achieve their vision. The universe will help them create a positive consciousness—a consciousness that will tilt the scales to peace for all of humanity.