The Power of the Second Chance

The Power of the Second Chance 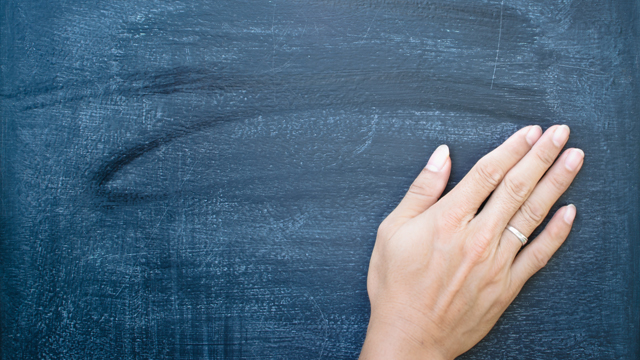 Believing that we won't have another chance is a powerful illusion. It is usually when we are reeling from one mistake – whether we desperately try to fix it or just give up – that we mess up again. Why? Because we haven't changed our consciousness.

In the portion of Vayakhel, we find a repetition of the portion of Terumah and the story of the building of the Tabernacle that we read just a few weeks ago. The Tabernacle was a physical structure that the Creator had the Israelites build in order to hold the tablets of Moses and the Light force of the Creator for protection and guidance while they were in the desert. But why repeat the story?

When the first Tabernacle was built, it was done with limited consciousness – a consciousness of physicality over spirituality. This was the same consciousness that had previously caused one of the biggest missed opportunities in the history of mankind. There were just six hours left before Moses was to come down from Mount Sinai after 40 days with the first set of tablets – the embodiment of freedom from death and chaos forever – when the golden calf was created, which in essence severed the connection to immortality.

Vayakhel repeats the story because this was a second chance to build the Tabernacle, but this time only with the consciousness of certainty and mind over matter. In essence, the lower level of consciousness was removed from the process.

But why did they get a second chance? Because the world is based on mercy, and that's something we have to remember. Look at Moses, one of the most righteous souls. After putting so much care into the Israelites to build their spiritual consciousness, it would only be natural for him to be disappointed when they disconnected from the energy of immortality. Yet he never gave up on them. He had patience and trusted that they could change.

How many times do we give up on other people, or ourselves? We see our mistakes as the end of the story, but the Light always gives us a second chance. In fact, we get more than a second chance. As Rav Ashlag explains in The Wisdom of Truth, our souls actually get lots of chance to get it right through reincarnation:

"Unlike bodies that come and go, there are no new souls. There is a specific number of souls, and these same souls are reincarnated in new forms, clothed in new bodies in each generation. And thus, taking the souls into consideration, each generation is tested from the beginning of creation until the Tikun is complete. Like a single generation which lasts thousands of years until it develops and comes to the point of Tikun and attains the level it is meant to attain, regardless of the fact that in the meantime each individual has changed bodies a few thousand times, since the essence of the body, called the soul, does not suffer at all from these changes."

Tikun means correction. It is used to describe our spiritual work – the reactive, selfish, limited parts of ourselves that we came to this world to transform. When we do things from a renewed consciousness, then the outcome will be different.

Sometimes we find ourselves facing the same situation over and over, and we can get frustrated or even bored. These recurring scenarios are actually opportunities to transform our low consciousness – fear, selfishness, agenda, etc. – to a higher consciousness of trust, sharing and unconditional care. To do that, we need to put forth a lot of effort in between our challenges to really change, so that when they arise again, we are ready to face them differently.

As long as we are still breathing, we have a second chance and a third chance. We have a chance every second of every day.