The Outcome Will Be Positive

The Outcome Will Be Positive

The Zohar talks about the month we are entering into, Cheshvan, or Scorpio, as being one in which challenges can arise, and it is a month that is often viewed as a very difficult one. However, we know that Kabbalah offers us tools we can use to overcome those challenges; one such tool is this month’s Tetragrammaton combination.

"Kabbalah offers us tools we can use to overcome challenges."

The Tetragrammaton, the four letter name of God, is actually like four channels, or pipelines, through which the Light of the Creator comes down to us into this world; the highest and most powerful name of which is the Yud Hei Vav Hei.  Each of the twelve months has its own unique Tetragrammaton combination, a different type of energy and Light that is the channel through which its blessings come down.  It is important, therefore, to understand these combinations, because in so doing we can understand both how to take control over the not as positive influences of the month, as well as draw in the gifts that are available. 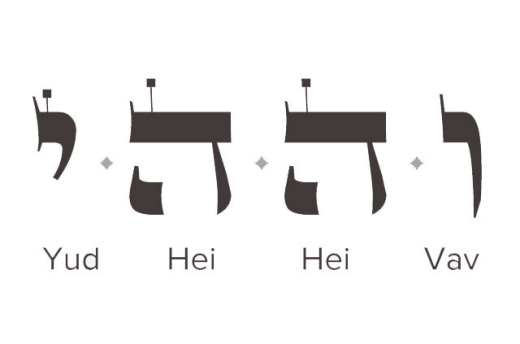 The Tetragrammaton combination for the month of Scorpio is Vav Hei Hei Yud. The two Hei’s represent the feminine aspect of the manifestation of the Light of the Creator, and are surrounded on each side by the Vav and the Yud, the male aspects, the Yud being the seed, the place from which all the blessings and great manifestations come. What the Zohar and kabbalists explain about this is that although in the month of Scorpio all of us will probably feel the element of difficulty and challenge, we also have the protection of the Vav and the Yud. As such, when we look at this combination of letters, we see that throughout this month, when the challenges arise, we have this combination to meditate on, and through these channels, draw down the Light that will be able to protect and elevate us from any difficulty we have.

"The Light of the Creator in Its complete form."

In fact, there’s a sort of funny thought I had after I went ice skating once and fell, which pertains to this teaching, and that is: If we don’t get hurt, the falling is fun! Because if we know that at the end we’re not going to get hurt, if we know that the end of the process will be positive, then the fact that there are challenges does not faze us. No matter what difficulties we come across, as long as we have certainty that ultimately the end of the process will be a positive one, then when the difficulties arise, they won’t bother us as much anymore, or maybe they will even give us some joy or fun.

Every time challenges come up in the month of Scorpio, we can remember this lesson and use the tool of the Vav Hei Hei Yud to draw down the Light of certainty, reminding us that no matter the difficulties we face in the middle of the process, the end will be a positive one. We can look at this month’s Tetragrammaton combination and remind ourselves that it ends with the Yud, the Light of the Creator in Its complete form, meaning there is nothing to worry about in the middle, and then we can meditate on it, asking that this month be the most positive it can, bringing us as much Light as is available from it for ourselves, and the world.