The Life and Teachings of the Ari

The Life and Teachings of the Ari 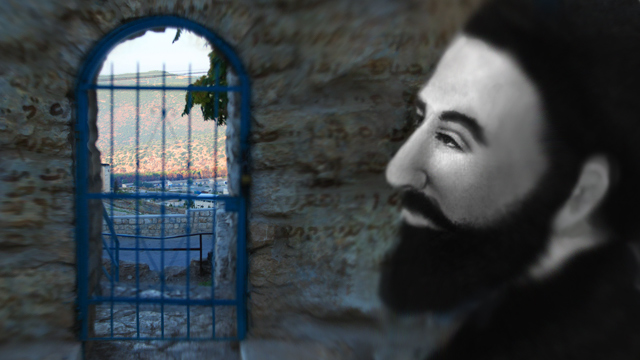 Rav Isaac Luria is commonly known as the Ari, an acronym for Elohi Rabeinu Yitzchak (aleph, resh, yud). He was born in Jerusalem in 1534. Before the Ari's birth, his father was visited by the prophet Eliyahu (Elijah) who announced "Through him shall be revealed the teaching of the Kabbalah to the world."

The Ari was certainly no ordinary child. By the age of eight he was recognized as a prodigy who already outshone the greatest minds. The Ari's father died shortly after the Ari's eighth birthday, whereupon he and his mother moved to Cairo, Egypt, to live with his wealthy uncle. It was in Cairo that the Ari was placed under the tutelage of Rav Betzalel Ashkenazi.

At age fifteen, the Ari married, and at the age of seventeen he discovered the Zohar, obtaining his own copy, and spent several years in deep meditation and study. In the summer of 1570, the Ari and his family left Egypt and moved to Safed.

Unlike other kabbalists who have written commentaries throughout the ages, the Ari did not do any writing. It is reported that he once said, “I can hardly open my mouth to speak without feeling as though the sea had burst its dams and overflowed. How then shall I express what my soul has received, and how can I put it down in a book?” That job remained for Rav Chaim Vital who arrived in Safed in February, 1571, at which time the Ari told him Chaim that he had come from Egypt specifically to teach him.

All of the teachings of the Ari were then written down by Chaim Vital and his son Shmuel. The main works are the Etz Chaim (Tree of Life), Pri Etz Chaim (Fruit of the Tree of Life), and "Eight Gates" including Sha'ar HaGilgulim (Gate of Reincarnations). The Ari died barely two years later on July 15, 1572 (5 Av 5332).

With the Ari’s hilula (death anniversary) on the fifth day of the month of Leo, we as students of Kabbalah understand that by studying directly from the Ari’s teachings on this day, we can make a connection with this tzadik to assist us in our own spiritual work. To assist us in making this connection, here are two teachings from the Ari we would like to share with you.

A SOUL HAS MANY ROOTS

The significance of this knowledge, according to the Ari, is the understanding that a human soul has many roots. In each root, there are many sparks. In each incarnation, some of these sparks are corrected and those that are not corrected come back to be corrected, but those sparks that are corrected elevate and stand at their proper level.

The Zohar says, in the portion of Mishpatim, that when a person is born that person is given Nefesh. [It is interesting to note that when the first human being was created he was created with the soul of Neshamah (Beresheet 1:24), but the Zohar points out that his soul dropped to the level of Nefesh because of his actions.]

Most people have the Nefesh that comes from the World of Asiyah. There are five levels in Asiyah that we can merit according to our actions. If a person's actions merit it, Ruach will enter at age 13 of male, or age 12 of female. If one works on themselves spiritually from that age forward and is able to correct the sparks necessary, the Neshamah will enter at the end of the 20th year.

Sometimes it is possible to receive an Ibur, which is the soul of a righteous person that joins the soul that is already there, to assist the individual to make the neces­sary corrections. If the individual stops improving, the lbur will leave.

The Ari goes on to clarify that reincarnation for the purpose of correction is for men, not for women. The reason is that women can accomplish their corrections in the next world in Gehenom. A man, however, cannot enter Gehenom for correction because the Light of Gehenom has no control over him. However, women can reincarnate for other reasons. For example, sometimes a female soul reincarnates for the sake of her soul mate who needed to be reincarnated to do his correction (Gate of Reincarnations, Chapter 20, page 53).

In the Gate of Reincarnations (Chapter 21), the Ari discusses how Teshuvah, or repentance, is connected to the Mother (Binah) and reincarnation is connected to the Father (Chochmah). So whoever sins, if he or she will repent and make Teshuvah, the Upper Mother who is called Teshuvah will correct the defect of this person and that will be enough. However, if he or she will not make Teshuvah then that person will have to be rein­carnated to correct the sin and that is through the Father (Chochmah). That is why it is written, “He had the thought that none of the souls will be voided, and He brings him to be reincarnated and to correct.”