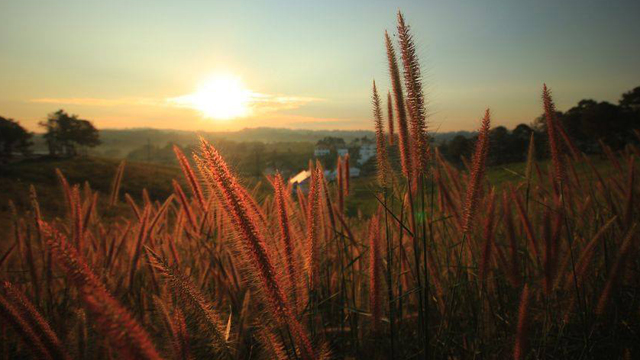 Exodus 21:1 says, “These are the judgments that you should put before them.” Rav Shimon, in the Zohar, explains that the portion of Mishpatim is not merely discussing matters concerning courts and judgment but rather the rules concerning the reincarnation of souls. According to the conduct of the soul, so will be the punishment or reward. Are these two concepts contradictory? No, they are one and the same thing.

The Bible speaks about the fact that the master should give the slave a wife who is of the other nations and that the wife and children that emerge from this union belong to the master, and he is to leave his master by himself. I cannot see too many people being satisfied that this is what this verse implies. The Talmud says the reason why this person finds himself in slavery is because he had stolen and now he must return what was stolen. The punishment system, according to the Bible, is different from the system that exists in our society today, where the person who perpetrates a crime, if he is wealthy, has to pay. If he is not wealthy, he is sent to jail as a punishment. That is not the system of the Bible.

The system of the Bible is that if someone steals, he or she does not go to jail; the point is remuneration. If he stole someone’s money and does not have what to eat, the Bible says this person must work and restore the physical lack he created. If there was a fight, a felony where one person beat another, he is not immediately incarcerated, but rather must work to pay off the damage that he incurred, not merely as a punishment but so that he will never do it again.

The system of today has failed. Once people incarcerated in prison are released, statistics show that approximately 80% of these people will return to jail. The Talmud says that when the perpetrator was sold and he is referred to as a slave, we are talking about a soul that is imprisoned within a particular body that will incur a great deal of pain. This is the retribution for the soul who did not exercise sufficient influence over the body consciousness.

Also how could God give a wife of another nation to this slave, since it clearly states in the Bible that having relations with a woman of the other nations is not condoned, and why is a female child slave who is sold by her father into slavery treated differently as compared to a male child that is sold into slavery.

The Zohar explains that there are five different levels of souls; each soul has a Nefesh, Ruach, Neshama, Chaya and Yechida, and we are required in this world to restore these levels and remove Bread of Shame by elevating our souls. When an individual is sold into slavery or someone commits an offense, we have to understand that these offenses have to do with a soul that has not achieved any elevation in his level. When the Bible says daughter, it is referring to the level of Malchut, and son is referring to Zeir Anpin, not literally a son or daughter.

The Talmud and the Zohar explain that the difference between the time before Mashiach (Messiah) and what will take place after Mashiach is only whether a person will be mortgaged to Malchut or not. In other words, nothing is going to change, except we will no longer be subject to the influence of Malchut, which is the Desire to Receive for the Self Alone—the influence of Satan. The poor man will no longer look to how he can become rich. Everyone will be able to heal themselves and everyone will be satisfied in their particular position.

Today, the influence of Malchut is such that most people are not happy because everybody is looking someplace else for fulfillment, they feel a lack. The Zohar says the people we are discussing here in this section are people who are of the level of Nefesh, who are still involved with the Malchut and not someone who is from another nation. It is discussing levels of souls. The word the Bible uses is kana’ani, which is someone who has gone out of the structure and law and order of the Universe.

There are certain principles that maintain balance in the Universe. When someone goes outside of these laws—what we refer to as committing an offense—his soul then becomes defiled. He has taken this soul that could have risen to Zeir Anpin and connected himself with Malchut thereby taking himself out of the rules of nature and affecting the whole universe in a quantum way.

Although the Zohar’s interpretations will not be literal, nevertheless, Mishpatim is not only a question of the laws concerning reincarnation but also how we can deal within our own lives when we understand the process of reincarnation; we can deal with people a lot differently than how we normally do.