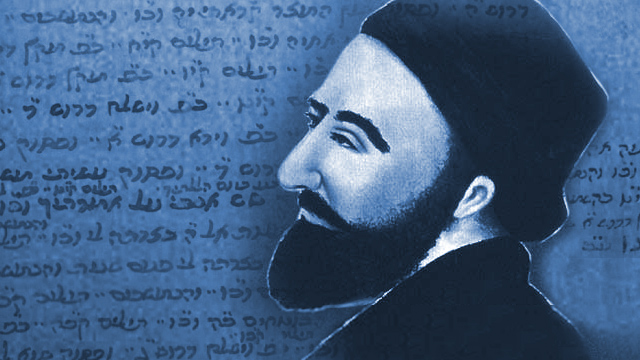 The 16th Century brought forth the most influential kabbalist in history: Rav Isaac Luria. A brilliant scholar by age 13, he was called "The Ari," which means "The Holy Lion."

The Ari had the gift of exploring the innermost depths of the Zohar, living as a hermit for 13 years to probe its mysteries. It was not unusual for the Ari to meditate upon one verse of the Zohar for many months, until the hidden meaning was revealed to him.

The Ari uncovered extraordinary secrets inside the Zohar's poetic words. He described a system of evolution that went far beyond what Darwin would explain centuries later, writing:

A time will come when men of science will, in their search for the missing link between man and animal, attempt to consider the monkey as that living form from which man evolved.
—Tree of Life, Gate 42, Ch. 1

The Ari's greatest legacy was his kabbalistic composition The Writings of the Ari, compiled by his most cherished student, Rav Chaim Vital. This profound work gave birth to what is known as Lurianic Kabbalah. Lurianic Kabbalah became the definitive school of kabbalistic thought, and had a dramatic impact on the world. Eminent contemporary scholars are only now discovering the profound influence this great Renaissance Kabbalist had on such intellectual luminaries as Sir Isaac Newton.

Professor Allison P. Coudert contends in her book The Impact of the Kabbalah in the Seventeenth Century, that "Lurianic Kabbalah deserves a place it has never received in the histories of Western scientific and cultural developments."

The great mathematician and philosopher Leibniz, who invented calculus, was profoundly influenced by Kabbalah. Isaac Newton studied Kabbalah, wherein he found ideas that bear a striking resemblance to some of his greatest scientific discoveries.

At the young age of 38, Rav Isaac Luria left this world. He left a spiritual system that, when fully deciphered, will enable humanity to take control over its individual and collective destiny—a road map and guide for the body and soul that will relieve people of their chaos, fear, pain, and suffering. All knowledge and material appearing on this website is rooted in Lurianic Kabbalah.

It is said that the Ari came to this world for one purpose: to instruct his student, Rav Chaim Vital, in the Lurianic system of Kabbalah.