Never Underestimate the Power of a Woman

Never Underestimate the Power of a Woman 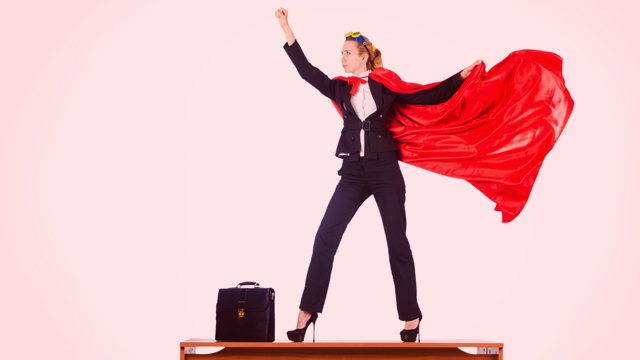 And who did Korach take counsel from? His wife.

Scripture tells us that Korach led a rebellion, challenging Moses’ authority to lead and questioning the spiritual laws that Moses shared with the people. The Midrash explains that Korach came home and told his wife what Moses had shared with the people that day. She challenged the rules, saying that they didn’t make sense. She poisoned her husband’s consciousness, and didn’t stop there. Korach’s wife told him that he was as rich, handsome, and as smart as Moses and that since his father was older than Aaron and Moses’ father, he should declare his rightful place as High Priest. She filled his head with doubt and uncertainty in the Light, poisoning his desire with entitlement.

Moses was very humble. He did not react to Korach when challenged; he simply let go. He let go and invoked the Light to confirm to the Israelites who should lead. The Light responded to Moses’ request by causing an earthquake to open the ground exactly where Korach and his group were standing (and no place else). The earth swallowed Korach and the rest of the rebels.

The Talmud states that the Hebrew word for ‘husband’ is “Ish”, spelled in Hebrew as aleph, yud, shin; wife in Hebrew is “Isha”, spelled aleph, shin, yud. When combined, both words share the aleph and shin, which together spell “Esh”, or fire. The distinguishing letters are yud in husband and heh in wife, which when placed together form the Divine Name, “Yud Kay”. The Sages taught that if a couple follows a spiritual path of Torah, the Divine Presence dwells between them and blesses them. If unworthy, the Light departs, and what is left behind is a devouring fire that will destroy them both (Talmud, Sotah 17a). Such was the case for Korach, his family and even his followers. The Zohar states that a woman either builds or destroys a man. There is no such thing as neutral.

As the Zohar (Korach, verse 44) advises the reader, “In the secret of wisdom, a man’s house is his wife…” A woman of the Tree of Life is Malchut: “gold and glass cannot equal it: and the exchange of it shall not be for vessels of fine gold.” She is invaluable, as it says, “a virtuous woman is a crown to her husband.” (Mishlei 12:4). It also says, “Who can find a woman of worth…” (Mishlei 31:10) In other words, when a man and woman become husband and wife, she becomes his surrounding Light, his environment. Thus, she is the ‘house’. How careful we must be when it comes to the company we keep. This is especially true for a man and the woman with whom he chooses to be.

The good news is that when a man marries a spiritual woman, she can cause him to reach his spiritual potential; a case in point being the Rav and Karen Berg. Thanks to Karen’s love, influence, support and partnership with the Rav, the face of history is forever changed – for the better!

When it comes to an example of a modern day woman of valor, we have to look no further than Karen Berg.