Losing the Extra Weight of Our Grudges

Losing the Extra Weight of Our Grudges 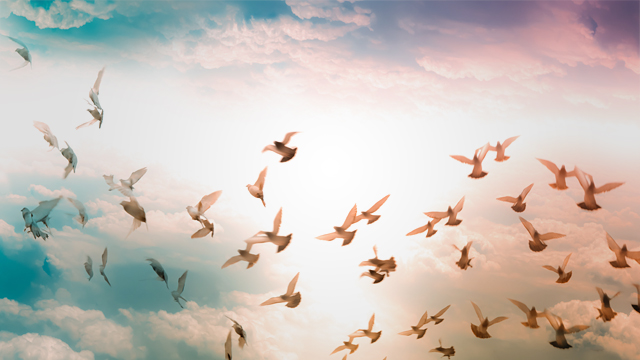 Today we will take a trip back 3,600 years ago to Egypt to learn the power of true freedom from the son of Jacob, Joseph the Righteous. According to the Cambridge online dictionary, one of the definitions of ‘freedom’ is, “the state of not being in prison or in the condition of slavery”, so it’s appropriate to hear about it from a slave and prisoner.

Joseph was the second in command to Pharaoh, the wise ruler of Egypt and the entire ancient world. Joseph didn’t start his career in Egypt as an heir to a great king; he started at the bottom as a slave, which after being the loved and spoiled son of Jacob was a pretty low ‘bottom’. His situation, however, became worse before it got better. He was a prisoner in the dungeon, seemingly with no hope of freedom.

Did Joseph feel like a victim at any point? Not at all!

Try to put yourself in Joseph’s shoes, and think about how we can feel so much more like the victim for such drastically less dramatic events in life. Joseph didn’t let himself sink into victim mentality, and this is why he came out on top in any situation. Yes, he was a slave and a prisoner, but through his selflessness and determination he became Pharaoh’s chief of staff and was put in charge of all the prisoners.

After Jacob leaves the world and has been taken to his resting place in the cave of Machpela in Hebron, Joseph’s brothers are worried. They start playing movies in their heads about what they think is now going to happen, analyzing the situation from their point of view. They think: “Joseph must hate us so much, he is full of rage for us, he must have been planning his revenge for so many years, there are no doubts that he wants to get even with us. He didn’t do it already only out of respect for our father, but now with our father gone, our freedom and good life are gone together with him.”

However, in this week’s portion of Vayechi, Joseph surprises his brothers:

“And Joseph said unto them, Fear not: for am I in the place of God? But as for you, ye thought evil against me; but God meant it unto good, to bring to pass, as it is this day, to save much people alive.” (Genesis 50:19-20)

Joseph didn’t want to harm his brothers, he didn’t plot to get vengeance. In fact, he didn’t want to harm any person in the world. He saw his life as one long, good experience of causes and effects that brought him to the elevated position that he had – not just the second in command to Pharaoh, but his real mission in becoming the chariot of Yesod (the funnel of sustenance and prosperity not just to Egypt in his time, but for the entire world for eternity). What gave him this power to be so elevated in both the physical world and the spiritual world? He didn’t carry with him ‘extra weight’ that drags one down to sadness, frustration and depression – he didn’t carry any grudges. He assumed responsibility in every situation in his life and focused his mind on asking himself, “How do I grow from this situation? What I can do take myself out of where I am to my next level?”

My friends, if in our lifetime we achieve the ability to leave the ‘extra weight’ of victim mentality behind and focus on our own growth, like Joseph the Righteous did, our lives can profoundly change for the better.