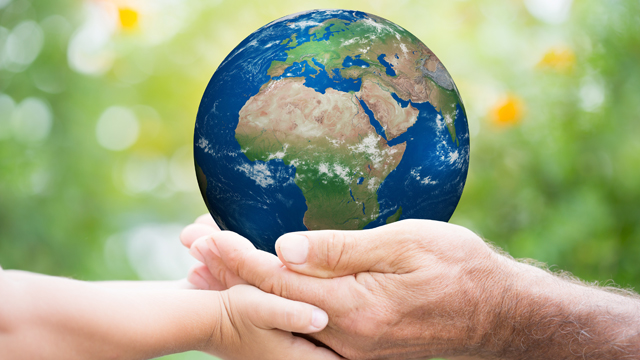 There is a story in the Bible in which Moses and Aaron appear before Pharoah to perform miracles in order to take the Israelites out of Egypt. The first miracle they perform is to turn Aaron’s staff into a serpent. Not all that impressed, Pharaoh calls his sorcerers and they do the same – and then Aaron’s staff swallowed up the sorcerers’ staffs.

Wait a minute! Aaron’s staff swallowed up their staffs? That doesn’t make any sense! Is there a mistake? Is the Bible misquoted here?

No, it does indeed say, in Exodus 7:12: …but Aaron’s staff swallowed up their staffs. Shouldn’t it say that Aaron’s snake ate up their snakes? Maybe it is just meant figuratively?

That is how the world usually interprets it. Even in the Dreamworks’ movie The Prince of Egypt, sure enough you see a snake swallowing two other snakes (minute 56:35). Now everything seems to make sense.

…the reign OF PHARAOH starts at the origin of the serpent, NAMELY FROM THE LEFT SIDE. Then WHEN THEY SAW THE TRANSITION OF AARON’S ROD TO A SERPENT, all the sorcerers rejoiced, because the beginning of the wisdom of their serpent was such. Immediately Aaron’s rod turned back into a dry piece of wood and swallowed them.

So it was really that a dry piece of wood swallowed them. What does that mean? Why is it even important that it is mentioned?

Let us delve into the beauty of Kabbalah and decipher and learn what it really means and what it has to do with our daily lives. Let’s realize what a treasure we have by having access to the wisdom of Kabbalah, the Zohar and the teachings of Rav Berg.

Rav Berg teaches that this was mind over matter; by staying in a ‘sharing consciousness’ – thinking of others first and going against your Desire to Receive for the Self Alone – we can swallow up chaos. If we remember the story of the Sin of Adam, the serpent usually represents chaos, and chaos cannot eliminate chaos. If we try to solve negativity with negativity, it will only result in more negativity. That is why the Zohar says that the sorcerers were happy when they saw the snake. They thought Moses and Aaron would try to solve the issue like most people – with chaos, revenge, hatred, and anger – and that they would be able to feed off of it and get stronger.

There is a beautiful story to bring this point home: Rav Meir Baal HaNes was a kabbalist who lived at the same time as Rav Shimon Bar Yochai, about 2,000 years ago. One day he came to an old ruin where two friends lived, and who were fighting with one another horribly. In his spiritual vision, Rav Meir Baal HaNes saw how the negative force known as the Opponent jumped back and forth between the two friends, whispering negative words in their ears that would constantly instigate fights. The Opponent was getting a huge amount of energy, and even joy, from their fighting.

Rav Meir Baal HaNes decided to stay with them, and whenever a fight was about to erupt, he would calm the friends down, explain the misunderstanding, and create peace. After a few days, the three men heard a loud crack followed by an announcement: “Wherever there is Rav Baal HaNes, I can’t be.” The Opponent left, and the two men were the best of friends again.

Rav Meir Baal HaNes didn’t fight the Opponent straight on, nor did he scream, “Don’t fight! You are feeding the Opponent!” at the fighting friends. He used words of peace and soothing to inject sharing consciousness, injecting his sharing consciousness. Interestingly enough, that is a character trait that Aaron the High Priest was known for; he was the peace maker between people, especially between husband and wife.

And it was Aaron’s staff that swallowed up their staffs.

Yet, if it proves too difficult sometimes for us to inject sharing consciousness ourselves into a situation, we need to remember we not only have this wisdom, but we also have tools to help us, such as the 72 Names of God, the Kabbalah Water, Energy Tours, and, most especially, the Zohar!