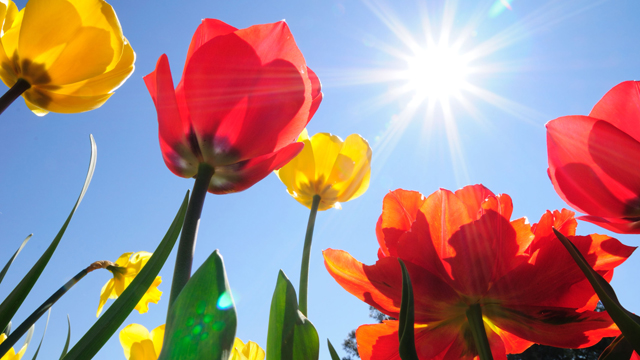 Our teacher Rav Berg would always tirelessly repeat, “It’s all about consciousness.”

The Torah portion of Tazria is known for its power to help women get pregnant and bring children into the world. This Shabbat, which is always read prior to the new moon of Aries, the Rosh Chodesh of Aries, is also referred to as Shabbat HaChodesh.

The month of Aries marks the beginning of the spring and also contains the Kabbalistic connection of Pesach, or Passover, which occurs in the full moon of the month.

Passover is traditionally known as the commemoration of the biblical story of the exodus of the Israelites from Egypt. Kabbalah tells us, however, that none of the connections we do in this holiday has anything to do with celebrating something that occurred in the past, but that rather it is a window of opportunity in which we can connect in our personal lives to the energy that caused that historical event in the first place. ‘Exodus’ means going out of bondage and attaining freedom.

When speaking of freedom, we mustn't fool ourselves. It does not imply liberty to do whatever we want when we want it. By freedom, the kabbalists mean not being controlled by our ego, pride, laziness, neediness, or what they refer to as the Opponent – the opposing force within us that manifests as a negative and limiting consciousness, emotion, and thought.

This week holds the gift to activate the power of our consciousness and to free us from any constricted, limited thinking. It allows us to leave behind the limited version of ourselves and to become the spiritual giants that we have come to this world to be.