Connecting to the Tree of Life

Connecting to the Tree of Life 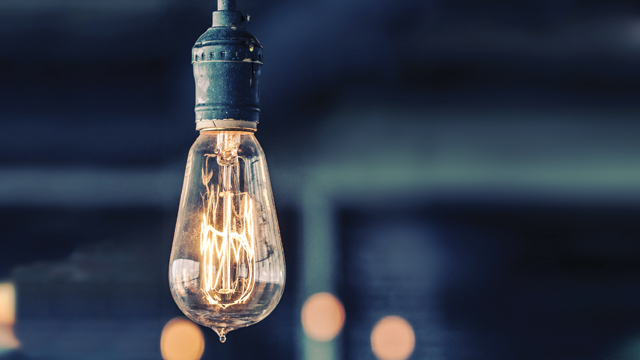 Despite the existence of death, one of the enduring dreams of humanity is its removal. Kabbalah says this “dream” will one day be reality… and Shavuot is the kabbalistic instrument for manifesting it.

Death is simply a code for the force that brings things to an end. However, this force need not exist in the human landscape. The solution to this most illusive of all life’s dilemmas — how to stop death — was revealed to Moses at the time of Shavuot 3,400 years ago atop Mt. Sinai in the desert of Israel.

Most people think Moses received a strict set of moral laws by which to live one’s life. But this is a corruption of the truth. Moses’ divine interaction was nothing less than the transmission of a tremendous technology meant to be used by every single one of us. With the energy of Shavuot we can achieve the unthinkable – immortality.

By connecting to Shavuot, we can make the promise of immortality a permanent reality in our lifetime.

But the sages teach that bringing about immortality is a collective enterprise of all humanity. It is the responsibility of ALL of us. As we each evolve to a higher level of spirituality, the Light we reveal will facilitate others’ ascendance as well.

Ultimately, we can bring immortality to the world.

Moses’ great achievement was to restore access to the Garden of Eden reality in the minds and hearts of the Israelites. The tikun, or spiritual correction, made necessary by the Fall of Adam was almost achieved with the escape from Egypt. Once at the foot of Mt. Sinai, the spiritual circuitry was close to regaining its original perfection.

The Zohar explains that what happened on Mt. Sinai was a union between the presence of God (the Light) and the physical world, which produced total perfection. The Light on Sinai radiated with such intensity that it banished the dark forces of death and decay, and the Israelites experienced true immortality… but only for moments.

When the Israelites lost certainty that Moses was coming back, they built the Golden Calf, allowing mortality consciousness to reassert itself.

And it stays with us until today.

Shavuot reconnects us to the original revelation of Light that occurred on Mt. Sinai. And as every holiday connects us with the same openings every year, all that took place when Moses went up the mountain 3,400 years ago happens again at Shavuot.

By connecting to this holiday with The Kabbalah Centre, together we can arouse the spiritual energy of immortality from its slumber.

The idea of immortality is familiar to people of many spiritual traditions; it is nothing new. What is new is that at last the viewpoints of science and spirituality are beginning to merge. Physicality and meta-physicality, which had previously been polarized on the opposing sides of a great chasm, are coming together. For too long, humanity longed for wholeness but was kept in the dark. Now we have the knowledge to turn on the Light.

With the right meditations on the holiday of Shavuot, we are allowed to tap into the Light’s awesome energy, drawing it into our bodies and into the world. Coming head to head with its enemy — death energy — the Lightforce is capable of completely eliminating it. Death will cease to exist, as if it had never been, just as light eliminates darkness from a room.

It says in The Zohar, the main text of kabbalistic wisdom, that sleep is 1/60 of death. During this window of time, if we can overcome the desire for sleep, we will seal in the force of immortality and imprint it into our physical and spiritual DNA for the coming year.

Listen to the Torah Reading

Every letter, word, and verse of the Torah was divinely formed to be a channel for the Light of immortality into our world. By reading from the Torah (we will follow along in a pamphlet called Tikun Leil Shavuot which can also be found in the Shavuot Prayer Book), something wonderful happens: The Light of immortality is released into our souls and discharged into the world at large.

The first and last verse of each portion of the complete Torah will be read on Shavuot. This process allows us to connect to the seed AND the manifestation of every portion, giving us the power to get control over particular aspects of our life, i.e. health, soul mates, removing hatred, eliminating jealousy, and destroying the Opponent.

On Shavuot we connect to the totality of the power of the Torah - the source of everything - leaving no room for negativity to enter our lives.

CLICK HERE to learn about
Shavuot or other upcoming holiday events.

“I’ll believe it when I see it” must be replaced by “I’ll see it when I believe it!” At all moments during Shavuot, we must patrol our thoughts. Invoke the power of certainty as soon as the doubts pop up –the Opponent inevitably sneaks them in - and the negative thoughts will fade away. This 72 Name will help. It is the antidote to uncertainty. Meditating on it will imbue us with ABSOLUTE CERTAINTY.

Remember - the greater the challenge, the greater the reward. When listening to the Torah, you might find yourself getting bored, distracted, and sleepy. If it’s not easy for you to sit still during the reading or to stay awake, then the energy you expend fighting your urge to walk out or sleep will expand your vessel, allowing you to receive more Light of immortality. And this Light will be with you for the entire year.

When we get a little tired and edgy, usually the first thing to go is human dignity. We start reacting to people around us. This is the mistake our “ancestors” made. It is important to resist the desire to react. Reacting in everyday life is never a good thing, but especially not on Shavuot, when we are playing for mortal stakes.

Think about the person next to you before you think about yourself. Maybe they need a cup of water, an encouraging word, or an open ear. This “thinking of others first” mentality will ensure that you maximize your download of energy during Shavuot.