Connecting to the Force Behind Creation

Connecting to the Force Behind Creation

In the portion Pekudei is the final building and coming together of all the pieces of the Mishkan, the Tabernacle, the resting place for the Light of the Creator in the desert. The Midrash tells us that the work of Moses and Bezalel, the main architect who built the Tabernacle, mirrored the creation of the world. Bezalel, it says, knew the combination of letters, the Name of God, with which the Creator created this world, and was able to use it.

So, what is the understanding of this statement, and more importantly, what are we going to receive from it? There are two main aspects to the study of Kabbalah; there is the part that gives us direction of how to grow and change so that we can connect to the Creator and receive more of that Light and those blessings in our life, and there is the other part, which are the tools. The tools are the combinations of letters that make up the Names of God, and their different meditations. That aspect is just as important as the other is for our growth, because no matter how powerful we may be to facilitate our own transformation, without these tools it is very difficult to achieve the true growth and connection for which we came into this world.

There is a section from the Zohar relating to this that I have heard and read countless times, but really stuck with me when I heard my father, Rav Berg, quote it when we were on a trip to Israel around 25 years ago. It says, “The Light of the Creator is close to all those who call out and ask for Its assistance, all those who call in truth.” The Zohar seems to be saying here that not everybody who prays will receive the answer, or the Light, but that only those who call in truth will. So, what does it mean to call in truth?  Very often when we need things, and we want to connect to the Creator to receive Light and blessings, we don’t feel that Light come to us. And the Rav said that the Zohar tells us why; the reason it doesn’t come to us is because we need to have knowledge of these conduits of Light, and be calling with the right Name. If we’re not aware of the correct Names, or properly using them, it will be very difficult to draw the Light we need and are asking for.

There are those, however, who know the right Names to use, the right conduit by which to draw Light; Bezalel was one of those people, and I want to focus on the Name that he connected with. As we come to understand the power of this Name and begin to use it, hopefully we can be elevated to receive from, and connect more to the Light of the Creator.

"If we’re not aware of the correct Names, or properly using them, it will be very difficult to draw the Light we need and are asking for."

To explain the Name he used, I want to share a section from the Zohar Chadash. The Zohar Chadash, or the New Zohar, was discovered after what we know as the regular Zohar. It is still a part of the same teachings from Rav Shimon bar Yochai, just found later and printed separately.  It says in Beresheet, as we know, that in the beginning, the Creator created the heavens and the earth. In Hebrew, “the heavens and the earth,” is et hashamayim ve'et ha'arets. And Rav Shimon says the first letter of each of those four words, Aleph Hey Vav Hey, make up the Name that is the force that animates all of creation as we know it today. And that is the Name Bezalel used. This Name is not as common as the others we know, like the Tetragrammaton, the Yud Kei Vav Kei, for instance, but Rav Shimon tells us here that it is one of the most important to know. When he says, “to know,” it means to use it and connect to its essence. Why is the Aleph Hey Vav Hey so important, Rav Shimon asks? Because this Name, made up of these four channels of Light, is the eternal force and energy that allows the heavens, the earth, and nature to grow, develop, and go on. 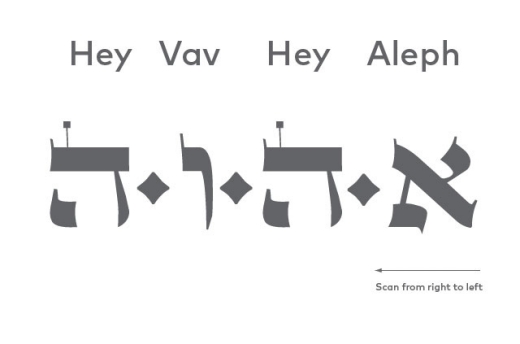 Then Rav Shimon reveals something very interesting. It says in the Zohar and Talmud that every single thing in this world that grows, even a blade of grass, has what’s called an angel standing above it, hitting it, saying, “You need to grow and change.” Every single thing in this world that grows, human beings as well, do so from the benefit of this angel. This is not an angel like we tend to think of one, as a form with wings; rather, it is this Name, the Aleph Hey Vav Hey. It is the Light and energy that flows through this combination of letters that is called an angel and allows not only vegetation to grow, but also, every single one of us to, as well. Therefore, Rav Shimon tells us that when it says in the Talmud that there is no blade of grass that grows without an angel telling it to grow, it’s referring to this Name, to the energy in the letters Aleph Hey Vav Hey.

When we understand this, we can begin to see that for those of us who want to grow and be filled with the force that created eternity within nature, it is through the combination of these letters. As such, we come to appreciate the power of being connected to the Aleph Hey Vav Hey, the force behind creation. It is really the force, as the Zohar says, that connects the Light of the Creator and the supernal worlds to this physical world. Any lack of desire for growth, or lack of growth itself, that exists in this world is in some way a lack of connection to this Name.  And on Shabbat Pekudei, we have the incredible opportunity to awaken our desire and ability to use the Aleph Hey Vav Hey, and connect to the force behind creation, as Bezalel did in the creation of the Tabernacle.