Certainty in the Face of Pain

Certainty in the Face of Pain 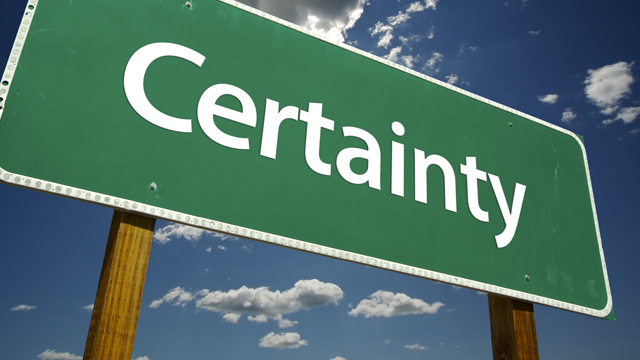 “Vayidom Aharon” (from the Biblical chapter of Shmini)

These two words have a powerful significance, not only this week, but for every day of our lives. Literally the words mean “And Aaron was silent”. In Hebrew, “vayidom” can also mean that he stood at attention, in the military sense. But the kabbalists ask, why was Aaron silent? What was he doing during this pause?

And they answer: His silence indicates his reflection – he was quietly taking responsibility for perhaps contributing somehow, somewhere, to the necessity of this seemingly negative situation. He knew that years before, at the foot of Mount Sinai, there was something he could have done or could have refrained from doing, to prevent the Israelites from falling when they created the Golden Calf. In that moment, he was gathering his strength and making himself accountable. The laws of cause and effect dictate that we are the cause for everything in our lives. Therefore, Aaron knew that his sons’ untimely passing could have somehow been prevented by his own action or inaction.

In his silence, Aaron fought the urge to feel sorry for himself, to cry out in pain – to engage in any form of self-pity. He knew that those states of mind cause a person to disconnect from the Light. None of us would blame him for going there; what could be more painful than a parent losing their children? Yet he knew he had to fight that doubt – doubt in the universe, doubt in the Creator, doubt in his process – at all costs. He knew he had to maintain certainty that this too was for the best. He remembered that when Jacob heard that his beloved Joseph was lost, Jacob’s sadness caused him to lose his gift of divine inspiration. Aaron quietly battled his compulsion to be sad, and in his silence, in his fighting of the opponent, in his acceptance of responsibility, he merited something far beyond peace of mind and calm.

At the moment that Aaron truly took full responsibility for the difficult situation in his life, he was given the ability to see the endless process of his two sons’ souls. Aaron could see that in a future generation, the souls of Nadav and Avinu would come into the body of Pinchas, and would become Elijah the Prophet. And because of whom Aaron was, and what he dedicated his life to, that brought him the greatest peace of all.

Now, no one is saying that we should not be human; that we should not allow ourselves to feel pain, to mourn, or even to admit when something is hard. However, the kabbalists are very clear: if our sadness, pain, or difficulty causes us to doubt the Lightforce of the Creator – it is also causing us a patch of darkness somewhere down the line. That’s the ultimate lesson and gift of this week’s portion – to maintain certainty in the face of pain. If we can hold on to that certainty, we merit a connection to immortality, which means an end to finality of any kind.