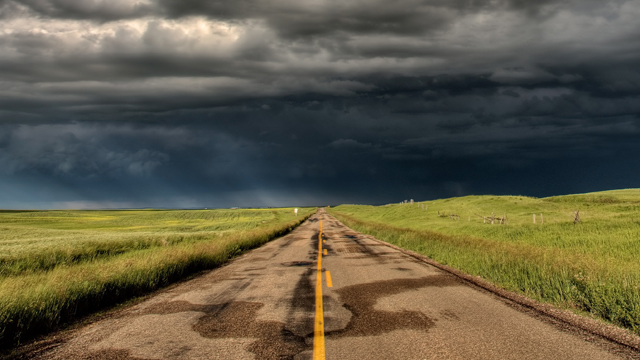 You’re walking down the street and see an elderly woman coming towards you. As she approaches, you look at her and smile. Despite making eye contact with you, she does not return your smile. Do you a) decide she’s a rude person, or b) assume she’s having a bad day?

University of Texas professor, Raj Raghunathan, Ph.D., says your answer may determine whether you a social cynic. According to Raghunathan, social cynics are those of us who tend to believe the worst in people and refuse to give them the benefit of the doubt. We all know people like this—a coworker who thinks the boss a tyrant for piling on projects, a neighbor who believes all children are a nuisance, or a friend who speaks poorly of friends and acquaintances when they are not around.

Raghunathan purports that cynicism can actually be detrimental to our well-being and happiness. For one, social cynics are more likely to be constant worriers. When we worry, our bodies release cortisol into our systems. In high amounts, this stress hormone can interfere with our digestive, immune, and reproductive systems affecting our overall health. Furthermore, high levels of cortisol in the body are linked to plaque build-up in arteries, a precursor to heart attacks. Social cynics are also more likely to interact aggressively with others, taking out their frustration on whoever is nearby. And lastly, social cynics tend to attract fellow cynics into their lives, perpetuating the negativity by surrounding themselves with bad energy.

From a kabbalistic point of view, a social cynic is one who only sees negativity in others. It is one who overlooks a person’s positive traits and focuses on their shortcomings. Being a social cynic can do more than just adversely affect our health and relationships. Continuously identifying the faults in others opens us up to spiritual mayhem. According to Michael Berg, “We unlock the dormant poison of death within us when we see the bad in others. Whether this is conscious or not makes no difference. Once we see the bad in someone, the poison is released.” When we hit troubled times, our automatic response may be to place blame on others. However, we often create negativity by giving it a place to rest within ourselves.

The biblical chapter of Vayeshev tells a tale of the negative things that can happen when social cynicism is allowed to take root. Vayeshev is the story of young and naïve Joseph, son of Jacob. His eleven brothers are jealous of the unique love their father has for him. One day Joseph shares with them a dream he has—eleven stars, along with the sun and the moon all bow down to him in reverence. Instead of shrugging off this dream, the brothers become suspicious of him. Fueled by their intense jealousy, they become fearful that he will one day try to rule over them.

One evening the brothers are working in the field when they see Joseph approaching from afar. All they can see is their brother’s immature words and the threat they believe he poses. Before he reaches them, the brothers decide that the best thing to do is kill him so he is no longer a threat. Yehuda, the eldest dissuades them from murder. Yet they continue with a plan to get rid of him and instead plot a scenario to make their father, Jacob, believe that Joseph has been killed by a wild animal. The group seizes Joseph and after tearing his coat from him and throwing him down a cistern, they finally decide to sell him into slavery. They stain his coat with animal blood and return it to Jacob as evidence that his son has been killed. Jacob is terribly upset about the death of his son. His other children try unsuccessfully to consol him. He is too distraught to be comforted.

The story illustrates how deeply rooted social cynicism can be. It becomes a pattern that taints our view of the world. It is also a pattern that is difficult to break. How would you know if this is a problem you struggle with? Start by examining your behavior. When angry, do you tend to respond with negative comments? Do you suspect that others are out to do you harm? Try to be honest with yourself. Then check in with your closest friends and family. Ask them if they think you are more negative than you ought to be.

“Two things happen when we see darkness in another person,” says Michael Berg. “We awaken the dormant darkness within ourselves, and we remove the spiritual and physical protections from the Creator that keep us from falling.” By uprooting our tendency to see the worst in others, we draw more Light into our lives and protect ourselves from negativity. Sometimes the person we need protection from is ourselves.