The Prayer of the Kabbalist

The Prayer of the Kabbalist

Also known as the Ana beKo'ach, this ancient prayer, composed by Rav Nehunia Ben Hakannah, has been revived by the Kabbalah Centre.

The kabbalists explain that this combination of letters takes us back to the time of Creation, and each time we meditate on a particular sequence, we return to the original uncorrupted energy that built the world. By performing the Ana beKo'ach meditation, we enrich our lives with unadulterated spiritual Light and positive energy. 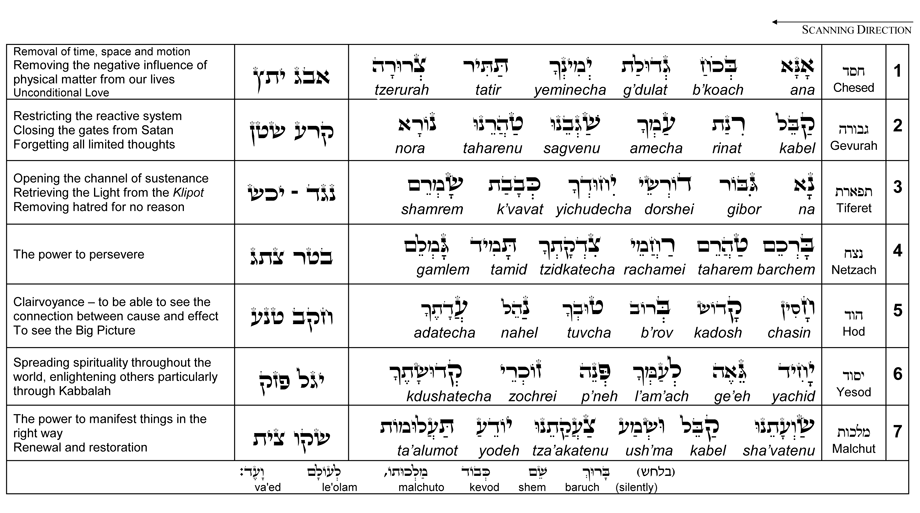 To learn more, we recommend reading The Prayer of the Kabbalist: The 42 Letter Name of God.