The Math of Unity

The Math of Unity 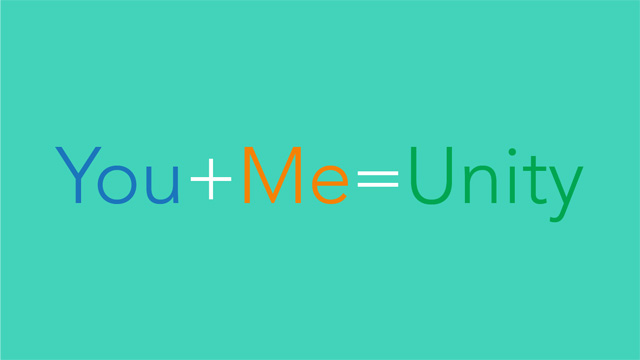 I have frequently spoken about the Kabbalistic concept of Oneness; that we are all connected to the same Source. Since everything in our world springs from the same origin of consciousness, everything is linked to everything else. Einstein explored this idea in what he coined the Unified Field Theory. Kabbalists say that we all have a spark of the Divine Light. Vedic Science posits that all forms of life are vibrations of an underlying field of Yoga, which means “unity.” Many other traditions use their own unique language to convey the same idea.

Gregg Braden, in his book The Divine Matrix, presents a fascinating explanation of unity through a discussion about holograms. He writes, “When something is holographic, it exists wholly within every fragment of itself, no matter how many pieces it’s divided into.” This is much like the elucidation that Rav Ashlag gives regarding the ten dimensions of reality known as the Sefirot. Within each Sefira (singular) there exists another ten dimensions, and within each of those dimensions there are another ten, and so on to infinity. Moreover, Rav Ashlag explains that these ten emanations of the Creator’s Light, which form the Tree of Life, are present within all existence, including humanity.

Braden relates the hologram to consciousness, stating that, “Every mind contains the pattern of the whole consciousness. And through that link, we each have direct access to the entire pattern. In other words, we all have the power to change the hologram of our world.”

When we add to this the Spiritual Law of Cause and Effect, we find that small causes can have large effects. A single intention strengthens and multiplies when we gather together. This is true whether we unite in physical groups or meet online. And then we can simply meet in consciousness.

I believe that one of the most important aspects of global transformation occurs as a result of the inner connections we form. When we connect to the minds and souls of others, we not only transform ourselves but also those around us. While many people may not be conscious of the effects, others of us can feel the energy shift in the building where we gather and the areas outside of our immediate surrounding also change.

For example, many studies around the globe have been conducted on the effect of Transcendental Meditation. In the U.S, in 1973, 24 cities with populations over 10,000 experienced measurable changes in their communities when only one percent of the population (100 people) used specific meditation techniques to create inner peace. The ripple effect was a marked reduction in crime rates, suicide rates, and car accidents, among other statistics.

In 1988, the Journal of Conflict Resolution published a study on the “International Peace Project in the Middle East.” This experiment was conducted in the early 1980s to assuage the effect of the Israeli-Lebanese war. Positioned in war-torn areas, practitioners meditated at specific times, on specific days. During the times they were focused on inner peace, there was a decline in terrorist activity, social crimes, traffic incidents and emergency-room visits. At times when meditators stopped their practice, the statistics reversed. This study confirmed the findings of the earlier phenomenon: When a fraction of a population achieves inner peace, that peace is mirrored in the world.

Consistency in a multitude of studies produced a specific formula needed to achieve a notable shift in consciousness: The square root of 1 percent of a population. The effect is even greater when more participants are involved.

Anytime we gather together in consciousness, the plan for humanity to have peace, harmony, and unity, unfolds by a quantum leap. When we intentionally link toward a single purpose, we awaken new realities wherein peace and unity become the norm.

On our planet of 7.5 billion people, as calculated from the above formula of the square root of 1% (√1 %), only 8700 conscious participants are needed to make a shift.

Please join me, and the world, for an Hour of Spiritual Unity on the evening of March 27, 2017 and be a link in the chain of transformation. Everyone is welcome. People from all religions, or no religion at all, can proverbially join hands across the world while remaining in their own space, and true to their own path.

The significance of this date is the New Moon in Aries, the lunar New Year; it is the beginning of a new cycle. What better time to join together in mutual respect, to bring about more love and light in the world?

You may choose any hour on this evening. Whether you read from a holy scripture, practice yoga, do meditation, volunteer at a local community center, commune with nature, or even listen to music — anything that personally awakens your spirit — you will be part of a linking of hearts and minds, all toward the single purpose of unity.

Invite your friends to do the same; the more people we reach, the more of a shift we can make. We don’t have to be in same room, or the same country; we can use technology to create a critical mass.

Post on your social media using the hashtag #hourofspiritualunity to share why you’re joining the movement and what you’re pledging to do on March 27th, 2017 as your one hour of spiritual practice. Or use the hashtag and post a selfie or video during your participation on the evening of March 27.

Thank you in advance for participating in An Hour of Spiritual Unity. Remember to be aware of the capacity you have to effect positive change in our world.