So You Want to Play with Magic?

So You Want to Play with Magic? 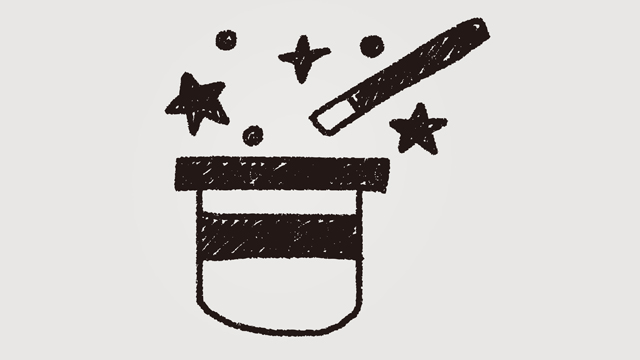 What can we learn from the portion of Balak?

This week’s portion of the Torah reads like a science fiction/fantasy story.

Balak, the King of Moab, was a sorcerer who specialized in ‘Evil Eye’. He had fear, hatred and jealousy for the Israelites. They were invincible in all the trials and tribulations they encountered. They defeated every nation that dared to engage them in battle. They were unstoppable! He was afraid that he and his kingdom would be overtaken by the nation of Israel. It was only a matter of time. So Balak decided to take matters into his own hands.

Even though he was a great sorcerer, he knew that by himself he was not powerful enough to destroy the Israelites. He knew that their success was due to the help and protection of the Light Force of the Creator.

So he enlisted the aid of his enemy by the name of Bilaam to help him in his quest. Bilaam was also a sorcerer, as well as a fortune teller. He also drew on the power of the dark side through ‘Evil Tongue’. His power is described in the Torah by the following quote from Balak to Bilaam: “For I know that whomever you bless is blessed and whomever you curse is accursed.”

When Bilaam is invited to join Balak in his devious plan, the Torah says, “God said to Bilaam, ‘Do not go with them. Do not curse the nation, because it (the nation) is blessed.’”

First of all, if God personally spoke to you and told you not to do something, would you have the audacity or stupidity to say ‘No’?

Now I ask you: Does any of this make sense? Of course not – and on so many levels!

As we at The Kabbalah Centre have the good fortune and merit to know, the Torah is a code of unimaginable depth and timeless wisdom.

Once we decode this story we gain a whole new perspective.

Balak and Bilaam are code words for the energy forces of doubt and confusion. These are the powerful tools that the Opponent uses to relentlessly attack our consciousness.

Israel = our corrected consciousness. The term ‘Israel’ represents our next level, that state of consciousness we achieve when we act with restriction, when we proactively share, when we are acting in alignment with the voice of our soul. When we are in ‘the zone’.

So, when we allow our eyes and ears to be affected by the illusions of this world of lack and separation, when we complain, blame, hurt others with our speech, we cause our consciousness to fall into doubt and confusion about ourselves and the world around us. Just watch or listen to the news. We are relentlessly bombarded with the idea that we are alone and the world is a scary place to be. This is the repetitive message that the Opponent feeds us day in and day out.

Yet, when we do our spiritual work – through study, scanning/reading the Zohar, using our spiritual tools on a regular basis – when we are consciously striving to be override our personal selfish agendas, when we are busy doing uncomfortable acts of sharing for the right reasons, when we are busy ‘chewing’ on spiritual concepts that we learned in class, online or from our teachers, we can ‘turn up the volume’ of the voice of our soul so we can connect to the Light. That is the state of mind called ‘Israel’.

In Hebrew, when you rearrange the letters of the word ‘Israel’, it spells ‘Li Rosh’, which means, ‘My head’. In other words, I (my soul) am in charge of my head (ego consciousness), thereby setting us up to succeed in our souls’ mission on this planet.

Then, when situations arise that may tempt us into falling into a mindset of doubt, confusion or uncertainty, we can override the illusions and connect to the blessings – both obvious and hidden – in any situation.