An unlikely friendship with a Kabbalah Centre student
inspires a young man to rethink white supremacy. 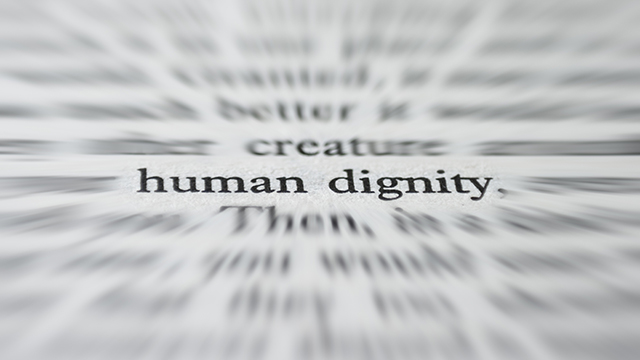 The story of Derek Black renouncing white supremacy, as chronicled by the Washington Post, was precipitated by an invitation to Shabbat dinner from Kabbalah Centre member, Matthew Stevenson.

Born in Miami, Florida, Matthew grew up in The Kabbalah Centre from the age of ten years old. When it was time to pursue higher education, Matthew chose New College of Florida, a small public school in Sarasota that specializes in liberal arts and sciences. With only 800 students, he interacted with people from many different backgrounds and became friendly with students around the campus.

During his freshman year, he would sometimes hang out and listen to a guy named Derek Black play guitar, and sing old country songs outside the dorm. Derek, who was a freshman transfer student, spent his spring semester abroad in Germany learning the language. He kept in touch with New College by means of a student forum, through which updates and messages could be emailed to everyone.

In April 2011, while researching terrorist groups, a student discovered alarming information about Derek. His father Don Black was once involved in the Klan, and went on to found and direct a website called Stormfront: the first and largest white nationalist site and forum in existence, with over 300,000 users and the motto “White Pride World Wide.” Derek’s mother Chloe was once married to former KKK Imperial Wizard, David Duke, who is Derek’s godfather. By the age of ten Derek had built Stormfront’s childrens’ website. Growing up, he took part in his father’s radio show, through which Derek helped popularize the idea of white genocide--the belief that whites are losing power due to non-white immigration.

In an uproar, the student posted on the forum: “Have you seen this man? Derek Black: white supremacist, radio host… New College student???” How do we as a community respond?”

Derek was among the many who received the message—which included a photo of him.

“It was clear that Derek was white nationalist royalty. And he was being groomed to be the next leader of white nationalism,” says Matthew. “No one had known his views during his first semester. He wasn’t going around wearing white robes or saying racial epithets, or anything like that. I spent time with him, and I wear a yarmulke everywhere, and had no idea about his background. He just didn’t talk about it. But if you knew where to look, you could see what he was saying online, or hear it on his radio show, and there were some very shocking things.”

By the time Derek returned to New College the following fall, the message thread had over a thousand responses making it the most popular in the history of the school. Students were in an uproar about having a white nationalist on campus, compelling Derek to live off site. But when attending classes, the student body made a point to make his life as difficult as possible. “People would yell at him, flip him the bird, and a lot of students wanted him to be expelled. Although he had friends during his first year, many of them probably felt betrayed or stunned, so he was effectively isolated,” Matthew relays.

Being outed at school, and encountering a very aggressive response from students pushed Derek deeper into white nationalism. He continued the radio show on which David Duke was becoming regular guest, and he started organizing a white nationalist conference in Tennessee.

Another New College student learned about the conference and posted details on the forum. A lengthy debate about how to handle the situation ensued. While many students shunned him, one student wrote, “We have a chance to be real activists and actually affect one of the leaders of white supremacy in America. This is not an exaggeration. It would be a victory for civil rights.”

During his years at New College, rather than driving 3.5 hours to the Miami Kabbalah Centre every weekend, Matthew would sometimes stay on campus and host a casual Shabbat dinner in his dorm room. The 8-10 people who attended came from a variety of ethnic, religious, and non-religious backgrounds. “I would cook, I would pray by myself, I would say Kiddush, and people would eat,” Matthew says. After a few weeks of reflection on the hot topic, Matthew texted Derek, “What are you doing Friday night?”

“My view was that I was in a somewhat peculiar position to show Derek what ‘the other’ was like. Based on what he said online and on his radio show, he had some animosity, and certainly when you’re part of white nationalist groups, it comes with the territory. A lot of it may very well have been from ignorance. He had grown up in environment steeped in a certain worldview, and probably hadn’t encountered a lot of Jews, black people, immigrants, etc. If you never interact with these people, and everyone around you is telling you negative things, it might be natural to accept them as the truth. So the invitation [to Shabbat dinner] was a chance to let him meet these people and see what they were like. If he met them and still hated them, at least he would have made a more informed decision.”

Matthew had reached out to catch up as soon as Derek had returned from Europe, and now this invitation was the first that Derek had received since coming back to school; so, he accepted, and came to Shabbat. Some of the regular guests were upset about him coming and chose not to attend. “I made a point with everyone not to discuss white nationalism, or race, or anything to do with his controversy. Basically we pretended it didn’t exist,” Matthew says. “I realized that Derek wouldn’t stay, or come back if he felt threatened, or felt that people were trying to chastise him. In my view, that would cause him to put up his defenses, and that would be the last we saw of him.”

The decision to include Derek in anything, including Shabbat, remained controversial. While Matthew and a few of his friends continued inviting Derek, most of the school remained fully on board with the approach of ostracizing him.

“Based on conversations with a lot of people, the main belief held was that “people don’t change”; “the way that he is the way he will be”; maybe he’ll change but probably not,” Matthew relays. “Not without reason. And, that strategy may well have had a beneficial impact. But I felt that I was in a position to create a positive environment in which he could get to know people who he would not usually interact with—people who he would probably be antagonistic toward, or feel antagonized by.

Matthew continues, “I wasn’t trying to manipulate Derek into changing. But the way he was behaving then, his views, his speech in terms of the radio show, and so forth, didn’t necessarily mean that’s who he was at the level of his soul.”

Regarding what he learned at The Kabbalah Centre, Matthew relays, “In the Centre, there’s a very strong emphasis on human dignity. The Rav talked about this all the time, and it influenced my belief that it’s important to treat everyone the same. Even if Derek had been unrepentant in his views, that didn’t give us the right to treat him without dignity.”

Matthew’s sensitivity was effective: Derek began coming week after week, which by the time graduation rolled around, ended up being a couple years. During that period Matthew and Derek formed an honest friendship, shooting pool and hanging out—but they never discussed the elephant in the room.

“Wearing a skullcap and having a beard, I thought it would be tough for him to have that kind of talk with me. It’s more difficult to have those conversations [with people who his worldview targeted and despised],” says Matthew. But one of the Shabbat attendees, a Caucasian woman who was raised Catholic, did speak with Derek outside of the weekly Friday gathering. “Given her background, she didn’t trigger any potential sensitivities. And she was able to engage him in debates and discussions about his worldview. Over time he felt those views changing, and became less and less involved in his previous activities, until they were non-existent.”

Data-driven and historically focused, Derek had based his earlier opinions on what seemed to be hard evidence. As his friends recognized him pivoting, they provided scientific studies about race and IQ that pointed to social and family issues such as inequality in education and lack of nutrition. Derek’s logic unraveled. One friend urged him to leave his dark world behind, before he ruined his life.

While visiting his parents later that summer, Derek was still considering what to do. One night he left his house, went to a bar and wrote a statement to the Southern Poverty Law Center disassociating himself from white supremacy, and all that he had come to be known for publicly.

While doing a Google search the next day, Don Black came across Derek’s post on SPLC. Incredulous, he emailed his son, “You’ve been hacked.” Not having witnessed his awakening, or knowing what had transpired behind the scenes, Derek’s family was challenged to see beyond their ideology enough to embrace their son’s proclamation.

“Derek made a big sacrifice in order to do what he felt was right in his own heart,” says Matthew.

Over time, he was able to reconcile with his family members, although they are still very much involved in the white nationalist movement. But there’s a certain amount of acceptance at this point that he can make his choices and live the way he wants to live.

“In Kabbalah they talk a lot about personal transformation. I think most people who have studied in the Centre for any length of time have been pushed to change something about themselves, in many case things they didn’t even think to change, or even realize needed to be changed. And so, for someone coming from a background that was very negative, white nationalism, it didn’t seem to me beyond the realm of possibility that he could transform —if he wanted to.”

Matthew opened a door, Derek walked through, and in came The Light.