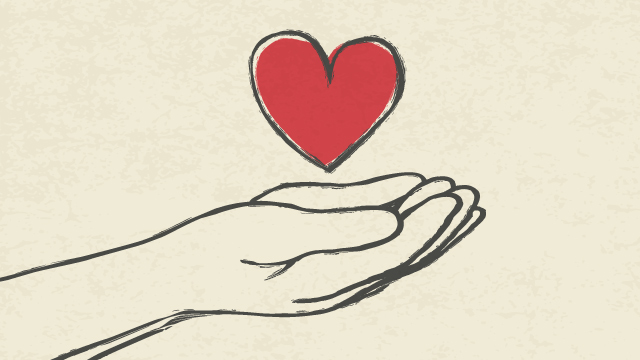 "The weak can never forgive. Forgiveness is an attribute of the strong."

If you could take a pill that would help you strengthen your relationships, reduce stress and anxiety, lower blood pressure, decrease the risk of substance addiction, induce spiritual growth, and give you a general sense of wellbeing, would you take it?

No such drug exists. Yet, the recipe for achieving this kind of transformation is attainable and lies in a single (though often difficult) action: forgiveness. Though it’s a simple solution to many problems, it’s not such an easy path to walk.

A Gallup poll found that 94% of Americans believe that forgiveness is important. Yet, only 48% said they actually try to forgive others. Why the discrepancy? After the initial feelings of hurt and betrayal when someone has wronged us, we sometimes feel the need to retaliate. In fact, we can avoid forgiveness and hold onto grudges for years, even decades, convinced that the person or persons involved don’t deserve it.

In the meantime, our anger festers. When we hold on to hurt and refuse to forgive, we are hurting ourselves far more than those we need to forgive. Dr. Joseph Neumann studied the connection between lack of forgiveness and heart disease at East Tennessee State University and found that in his patients, the two often went hand in hand. “When I treated patients with cardiovascular disease, I was struck by how many were bitter, angry, and depressed,” says Neumann. “It clearly affected their health and their ability to heal.”

It’s natural to be upset by the less than kind actions of others. Some psychologists believe that anger is an important first step towards forgiveness. It’s ok to feel this way, as long as you avoid letting your anger grow over time. Try to separate the person from the hurtful act. This is not to say that you shouldn’t create boundaries or acknowledge lessons learned as a result of the hurt. But by taking a step back and seeing the person isolated from the action, you can begin to feel compassion and forgive.

Remember, good people make bad choices. Just because someone has hurt you doesn’t make them a villain. We all become misguided from time to time. Chances are you’ll hurt someone at some point in the future. We are human and as humans, we are susceptible to jealousy, anger, and selfish desire—all emotions that can cloud our better judgment.

By forgiving others, we can actually protect ourselves from the negativity brought about by our own negative actions. Michael Berg explains it like this, “When we are wronged and we are willing and able to let go of that hurt, this is the kind of energy we draw into our lives—the energy of forgiveness. Even though we have committed a negative action, we will not have the resulting negative energy come back to us because we are willing to let go and forgive others for anything negative that we perceive them having done to us.”

Does this mean we can act impulsively without consideration for others? Absolutely not! We should always strive for compassion and human dignity in our actions. But once you understand forgiveness from a kabbalistic point of view, you’ll find that you become more naturally inclined towards kindness.

Try imaging the person you are angry with. Hold them clearly in your mind. Have compassion for their shortcomings. This is what you are forgiving—the actor not the act.

When you practice this kind of consciousness regularly, it becomes second nature. When compassion becomes your default state of mind, it also becomes the default for how the Creator responds to you and your choices. By forgiving old grievances, we are building a positive future for ourselves: a healthy and kind place to live, love, and grow.