A Revolution of Consciousness: Astronomical and Astrological Events

A Revolution of Consciousness: Astronomical and Astrological Events 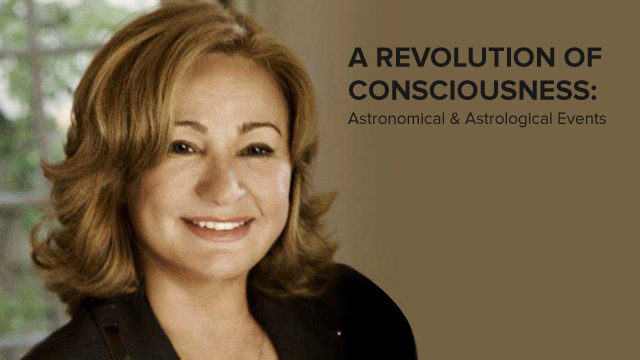 We are standing today at the threshold of two astronomical and astrological occurrences that have the potential to create global turmoil with the breakdown of institutions and security structures that do not exist in harmony with the fundamental spiritual energy of the universe. Powerful events that will change life as we know it will begin to happen on the first night of Passover (April 14, 2014) and will continue throughout the next year and a half. The two events that are generating all of this energy are known as the “Blood Moon” tetrad and the "Grand Cross" astrological configuration.

The Blood Moon is the first of four successive total lunar eclipses, a very rare occurrence and one that has marked negative events in history. This initial eclipse will occur on April 14, 2014. Eclipses are amplifiers: They boost or build up the energy that exists in the cosmos. The Blood Moon eclipse will last nearly an hour, with the moon turning dark red (hence the name).

The Grand Cross will take place on April 23, 2014, as Mars, Jupiter, Uranus, and Pluto form a configuration that looks like a cross. This cross creates two sets of two planets that will oppose and clash with the energy of each other. Oppositions call for balance and integration. The four planets together create a square, and squares represent turning points.

This Grand Cross is what may cause the breakdown of long-standing patterns and help us rebuild those aspects of our life in a way that supports the higher good. It will be a time with an immense amount of energy potential that can be manifested for either the positive or the negative.

How can we affect this energy to ensure that it is positive and not negative?

Have you ever heard of the butterfly effect? Basically, this states that a change at one time or location can vastly affect circumstances at another time and location. For example, the flapping of a butterfly’s wings in America could bring about a tsunami hitting Asia.

The implications of this concept shatter the foundations of our robotic everyday consciousness that tells us we are helpless and can do nothing in the face of a collapsing economy, countries on the brink of war, or natural disasters that may happen on the other side of the world.

The butterfly effect, however, reveals that we are individually powerful in contributing to the state of our world. It means that our positive or negative actions—whether on a small or large scale—in our interactions with others can affect either great Light or great darkness for ourselves and for others.

It’s time for us to awaken to the fact that it is our choice—and ours alone—to be conscious or unconscious of our potential to create a shift in the world.

When we are unconscious, we sit passively in our home and say, “There’s a revolution happening, but it doesn’t affect me; I’m okay” or “There are people starving, but I have food; I’m okay” or “Whatever is good for me is all I’m worried about as long as I’m okay.”

When we are conscious, on the other hand, we decide to acknowledge our power and take action because we know that even the most seemingly insignificant action, when done with the consciousness of positivity, does have an impact.