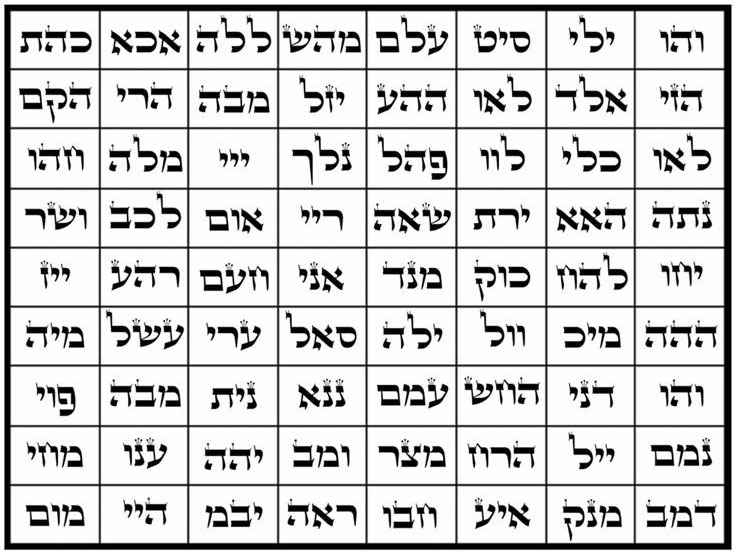 The ancient Kabbalist Rav Shimon bar Yochai wrote in the Zohar that it was Moses, not God, who parted the Red Sea, allowing the Israelites to narrowly escape Pharaoh and the Egyptian army. In order to accomplish this miracle, Moses combined the power of certainty with a very powerful spiritual technology. He had possession of a formula that literally gave him access to the subatomic realm of nature.

The formula Moses used to overcome the laws of nature has been hidden in the Zohar for 2000 years.

This formula is called the 72 Names of God. Not names like Betty, Bill and Barbara, but rather 72 sequences composed of Hebrew letters that have the extraordinary power to overcome the laws of nature in all forms, including human nature.

Though this formula is encoded in the literal Biblical story of the parting of the Red Sea, no rabbi, scholar, or priest was aware of the secret. It was known only to a handful of kabbalists - who also knew that when the time was right, the formula would be revealed to the world.

To learn how to wield the power of the 72 Names, together with the purposes of which they can be used, we recommend reading The 72 Names of God: Technology for the Soul. Even if you don't speak or read Hebrew, you can still begin and experience incredible miracles.

Now, after some 2,000 years of concealment, contemporary seekers can also tap into this power and energy by learning about, and calling upon, the 72 Names of God.

The 72 Names are each 3-letter sequences that act like an index to specific, spiritual frequencies. By simply looking at the letters, as well as closing your eyes and visualizing them, you can connect with these frequencies.

To use a physical metaphor to describe what takes place when using the 72 Names, think of a tuning fork, a tool used to establish a precise pitch. When you bring a vibrating tuning fork close to another tuning fork that is not vibrating, the second fork starts to vibrate by the phenomena called 'sympathetic transference'.

The 72 Names work as tuning forks to repair you on the soul level. It means, practically speaking, that you don't have to go through some of the more physically demanding tests in life; you can tune your body and soul with the spiritual frequencies your eyes do not perceive.