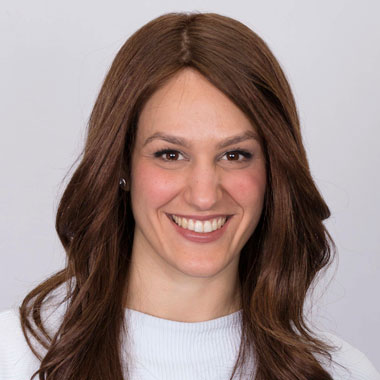 Born in Israel, Sarah dreamed of becoming a successful actor as a child. She recalls consistently having the sense that there was a deeper meaning to life. Shortly after studying acting at Givatayim, Sarah was trying to make her way as an actress when she was introduced to Kabbalah. Soon she discovered a whole new world of fulfillment, completely transforming her life.

Shortly after she began studying Kabbalah, Sarah dedicated herself to the Centre’s mission, becoming a volunteer and then a mentor for several years. Soon she was performing various roles for the Kabbalah Centre Europe, working closely with teachers and managing the student department.

Along with a background in acting, Sarah has served in the Israeli army as an assistant for the Chief of Ground Forces, working closely with the elite forces. She feels it is her privilege to help others discover the kabbalistic path and guide them along the way, understanding that she is now acting on a higher stage. Sarah teaches at The Kabbalah Centre in London, where she lives with her husband.