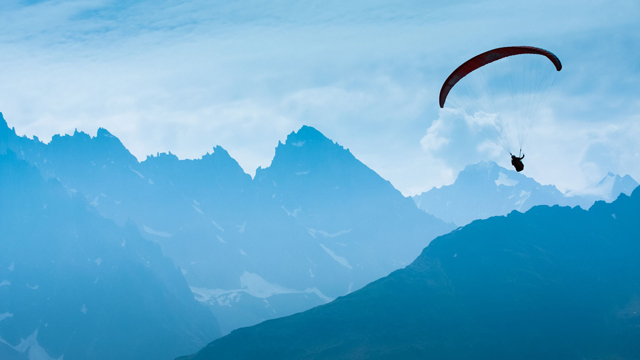 Chukat means “statutes and judgments”. As students of Kabbalah, we learn that the Bible is not about mandates that we follow blindly, but universal laws of cause and effect. We need to avoid doing things without knowing why we do them; part of our job is to understand what effects we are causing and to whom. The 5 books of Moses teach us about our own lives – the goal is to use this knowledge, apply it to our personal history and understand its meaning beyond what we perceive with our five senses. Some of the great sages of Kabbalah say that Chukat is a portion with aspects that are difficult to reveal, meanings that are not easy to understand.

The portion begins with a detailed description of the rules of the Creator in relation to the red heifer ceremony, which serves as a tool of purification for those who have been in contact with a dead body. “This is the rule of law [zot Chukat haTorah] God has commanded, saying, “Speak with the children of Israel to bring you a red heifer without spots, with no mark, and and upon which never came a yoke.” Some commentators explain that zot Chukat haTorah means “this is something that you cannot explain”. However, kabbalists tell us that what the Creator was actually communicating to Moses was, “I'll give you something called zot Chukat haTorah which I will not reveal to anyone but you.”

The obvious question is then: what is the revelation that the Creator gave to Moses? Somehow it must contain the essential aspects of the portion. On the one hand we have the process of the red heifer (para aduma), which involves the purification of the negative energy of a dead body ( tum'at met), on the other hand the story of the miracle that led Moses to strike the rock to replenish the loss of water at the well of Miram.

The Midrash relates that in the portion before Chukat, Korach and his allies rebelled against Moses, accusing him of sexual betrayal with the wives of the Israelites, damaging his reputation in the eyes of his people. The kabbalists tell us that the revelation that the Creator gave to Moses was a reward not only for the spiritual work of bringing the Israelites out of Egypt, but also for the humiliation he suffered at the hands of Korach.

Moses received from the Creator bila hamavet lanetzach, the elimination of pain, suffering and death; the power to neutralize the negative energy of death through the sacrifice of the red heifer. It wasn’t a transfer of information, but of consciousness. The Midrash says that no one knows the place where Moses is buried. The Zohar explains that this is because Moses was never buried. Because he had certainty that the power of death can be eliminated, Moses achieved immortality. However, he refused to be the only one of his generation to receive the consciousness of immortality. So the Creator said that the Israelites would have the opportunity to join him. “Tell them that the well of Miriam will run dry and will be replaced when you ask a rock to give them water. We'll see what their response may be. If they harbor even the slightest shadow of a doubt that words can change the natural course of things, then they are not ready for this consciousness that I have given you.”

The miracle that Moses manifested with the stone is described in detail in the Midrash. This tells us that although there were thousands of Israelites around when this happened, everyone saw himself as if he were alone with the stone. The Midrash says that if at least one person had had the certainty that Moses would bring water out of the rock, immortality would have revealed to them as happened with Moses – but none had this level of certainty.

While the Bible tells us that Moses was punished – not allowed to enter the land of Israel – for striking the rock with his staff instead of speaking to it as the Creator instructed, Rav Ashlag reveals that this is not a punishment because Moses did not actually commit a mistake. The Creator and Moses realized that the Israelites were not ready, so the Creator told him, “Moses, you have to leave them before they enter Israel, and return every generation to see if they are ready for immortality.”

The Midrash tells us that the soul of Moses returns every generation to see if we are ready to receive the gift of immortality. So far we have not been ready and Moses has left to return in the next generation. During the Shabbat of the portion of Chukat we need to ask the Creator to help us gain the strength to eliminate the uncertainty that makes us doubt that we can eliminate pain, suffering and death in this world.

As students of Kabbalah we learn that in order to win the consciousness of immortality, we need to first understand that any lack, sadness or anger is actually the energy of death, tum'at met. The Opponent deceives us in many ways to hinder our spiritual development. It convinces us to be lax in our spirituality; it makes us forget the true purpose of our spiritual work, which is to connect with the Light of the Creator; it blinds us to the fact that the only reason we experience any lack or sadness is that we act selfishly. The negative energy of death, in any aspect of our life, comes from only one consciousness: the Desire to Receive for the Self Alone. When we are clear about this, we can begin to do the work to forever remove the sadness and limitations in our life.