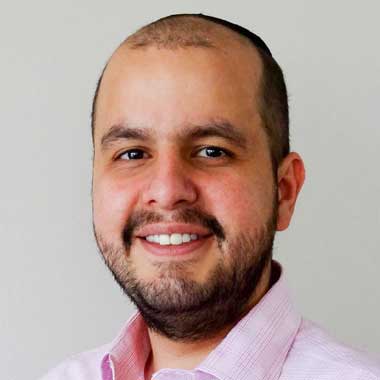 David Varela was born in 1982 in Panama City. After he completed his undergraduate studies he became fascinated by quantum physics and finding the origins of the universe.  During that time he worked in several industries, including finance, investment, and construction.

In 2008, David was introduced to Kabbalah through a friend.  She recommended Rav Berg’s book, Nano, after an all night discussion about the ancient wisdom. Kabbalah intrigued him and offered another avenue to explore science and spirituality.  Thus began his passion for Kabbalah.

One year later, he took his first Kabbalah class. Shortly after, he decided to leave his job as a project manager to pursue a position as an instructor.  His studies took him to Los Angeles and Mexico where he soon began to work with students new to The Kabbalah Centre.

David feels that teaching allows him to connect to the highest Light of the Creator.  To him, teaching and influencing the lives of his students is an honor.  A practical and logical approach to kabbalistic concepts makes him popular with beginning students.

He hopes to impact the world for the better by continuing to share Kabbalah.

How to Adopt the Lifestyle of the Future Now
David Varela
Outubro 13, 2022
Onehouse Community Assinatura