Acessar
Compartilhar Comentários 0
This article is also available in: English 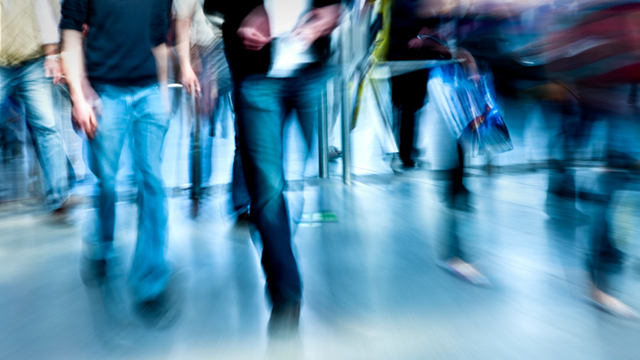 The world doesn't stand still. Neither do we. As much as we wish it would, it can't. Nor can we.

Vayeshev means "settled," and refers to Jacob settling down after what appears to be a long chaotic life. The concept of settling down is the essence of this week's Zohar portion, and it relates to us, not just Jacob.

Jacob had a hard life - he stole the right of first-born from his brother Esau and had to run away so he wouldn't be killed; he spent seven years working to marry his love Rachel, only to be tricked into marrying her sister Leah; he worked another 7 years for the opportunity to marry Rachel, all the while being chased down by his murderous brother.

When Jacob finally returns home as an old man, ready to enjoy his hard-earned retirement, his real trouble begins. His beloved son Joseph is sold into slavery, and many other horrible ordeals befall him.

The Zohar explains that the worst difficulties came to Jacob because he wanted to sit calmly in the world. Why? This world was not created for us to sit calmly. We are in this world (referred to by Kabbalists as the “world of action”) to do our spiritual work.

The fact that we are still alive is an indication that we have more work to do.

We must beware this week of our desire to take it easy. If we forget that this is not the purpose of life, we run the risk of receiving external reasons why not to be complacent, as explained in the following ancient kabbalistic tale.

It is told that the well-known spiritual teacher Abraham of Sochotchov, the son-in-law of the great kabbalist the Kotzker Rebbe, was ill and had arrived at the gates of death.  His father ran quickly to the Kotzker Rebbe, to please with him to pray for his son.

While seeking his help, the father said, "My son is a great man, a teacher with countless merits. Please pray to save him."

The Kotzker Rebbe said, "I know Abraham has a long way to go until he becomes a truly spiritual man. I see something lacking in his prayers, his lessons and his behavior with other people."

The father was shocked. The Kotzker Rebbe seemed to be prosecuting his son. How could he do this at a time when his son was suffering on his sickbed? However, when he returned home, the father found his son's condition had begun to improve. He was on his way to a full recovery. When his son had fully recovered, the father asked him to explain the Kotzker Rebbe's strange behavior.

"Don't you understand the depth of my teacher's intentions?" explained his son. "From your words of praise for me, it sounded as though I had already finished my job in this world, for I had completed my spiritual work in this world. My teacher feared that when the Angel of Death heard your words, he would be able to come before the Creator and tell Him, 'See, Abraham has already finished his work, so I can take him from this world.'

That is why the Kotzker Rebbe said I still have a lot of work left to do in this world, and that my prayers, lessons and behavior towards other people are not what they should be. His words overcame your words, and from that moment I progressed until I was healed."

Stop dreaming of hitting the lottery this week. Or retiring to the beach. Or surviving until the weekend comes. Settling down is an illusion. The breath of life within you is the greatest proof that you still have much work to do in this world, right now. If you had already finished your work, you wouldn’t be reading this.

Pray to be the person who always pushes himself, who is never afraid of challenges and work. This is how you create miracles and wonders in your life, this week, and every moment of your life.

Read the full Zohar portion of Vayeshev and connect to the energy of the week here.