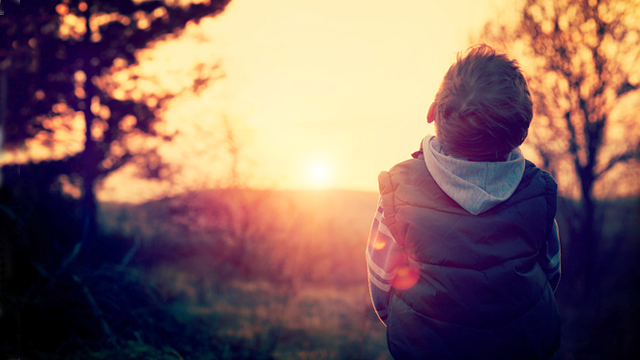 This week we are meant to realize that the enemy is within, not without, and with this consciousness (and assistance from the energy of the Zohar) we can create miraculous shifts in our most conflicted connections. Our bosses / mother-in-laws / ex-wives aren't the problem. Our egotistical reactions are.

If you are reading this, then it's safe to say that you have heard this before. Ego is the enemy. That's Kabbalah 101. But you could be studying for 6 months, or 60 years, and still overlook this most important detail. The thing about ego is it's never quite what we think. The nature of the ego is to obscure itself, so we tend to misidentify what we need to work on.

This week we are given a magnifying glass to really find the reactive aspect of our nature, and to fix that, not the other person.

This week's Zohar portion starts with the words, "Vayishlach Yaakov malachim," literally, Jacob sends messengers. Picking up the thread of the biblical story that began a few weeks back, Jacob is now returning to Israel after working for years in the City of Charan, where he had fled to escape the wrath of his elder brother Esau, from whom Jacob stole the birthright of the first born. Jacob is now attempting to come home with his new family and hard-earned wealth, but he must first appease his furious brother, who is waiting with 400 men to kill him.

Esau is so bloodthirsty that he tells his men they can murder Jacob's family, but must leave Jacob alive so he can kill him. The Zohar says Esau sharpened his teeth so that he could bite Jacob's neck. In response to this ominous threat, the Bible says that he sends messengers to spoil Esau with luxurious gifts and lavish praise.

When Jacob finally arrives, he approaches Esau and bows down before him seven times. When he stands and moves closer to embrace his older brother, Esau goes to bite him on the neck, but all of a sudden experiences a complete transformation of heart. Out of nowhere, he is flooded with waves of love for his younger brother, and instead of biting, he kisses his brother.

The Zohar explains that prior to arriving in Israel, Jacob realized Esau was not his enemy. The enemy was his own dark side. He wrestled with his dark angels, and in that process, he created positive angels that went ahead and paved the path for peace. He continues to confront himself when he bows before Esau. His lesson to us is that when we realize the enemy is always within, and when we are willing to do whatever it takes to defeat our own darkness, we can create positive angels (messengers) that can warm up the coldest of hearts. Change ourselves, and we change reality. We create miracles.

It is no coincidence this portion occurs during the month of Chanukah, known to be a time of miracles. If you are dealing with a problematic relationship or situation in your life you can create some serious miracles this week. Provided you are willing to take 100% responsibility for seeing where your ego is at work, and being humble and courageous enough to sacrifice being "right."

This takes a lot of will power. Let's be honest, how much time do we waste blaming and trying to prove our points so that we can change the other person? Does it work? For those readers involved in long-term committed relationships, you know this all too well. Does your significant other change just because you made your point?

Jacob is giving us the secret this week, and the Zohar portion of Vayishlach gives us the power to have a complete change of heart so that we can change ourselves. Bottom line; don't engage people in battles this week. If you really want to create miracles and shifts in difficult relationships, engage yourself. Realize that your reactive system is the problem.

We can talk about ego in general, but we have to identify it. It's hidden. It's rarely what we think it is. But now we can see the little buttons that are getting pushed, and we can dismantle them.

Just like Jacob did. He was open to be humble, and to seeing his own faults. Every day this week, look for little ways to crush your ego. The enemy is within. Find your ego this week. Take responsibility. Let people off the hook.

Read the full Zohar portion of Vayishlach and connect to the energy of the week here.