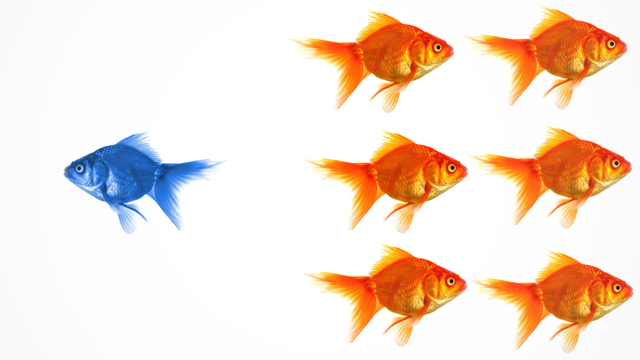 Stand up for what you believe in! Commencement addresses, self-help books, and motivational speeches are heavy with this advice. On its own, it sounds like a good idea. History is filled with stories of people who stood up for what they believed in and the world is a better place as a result. Our mentors and teachers tell us to be assertive and confident in our interactions with the world, to stand up for ourselves and others.

Standing up for our beliefs turns out to be one of the most important acts we can do for our spiritual growth. Michael Berg explains, “Every single time we have reasons and excuses for ourselves not to become uncomfortable, not to stand up, we need to stop and think, because standing up is the only reason we are in this world. Literally the last thing in the world that we want to do, the most difficult thing for us to do, is the only thing we are here to do.” Yet, how we go about standing up for ourselves and others is just as critical as the act itself.

The key to standing up for something is certainty—having the assertiveness to let the world know that you and your ideas matter and should be heard because this is your purpose, which stems from your god-like nature to share, and not from your ego’s desires. On either end of the spectrum are aggressiveness (approaching a conflict with a bold, forceful, or militant attitude) and passivity (allowing your feelings to go unacknowledged), both of which are ego-based. Assertiveness lies right in the middle. However, being assertive while taking the thoughts and feelings of others into consideration takes consciousness. When we fail to do this, we risk appearing self-righteous, pushy, or defensive even when that is far from our intention. So, how do we strike a balance and stand up for what we believe in while practicing empathy and compassion with others?

It starts with consciousness. We are often inclined to believe that our ideas are right, that we know best. This is human nature, though it’s important to remember that our point of view is no more or less important than anyone else’s—just different. With consciousness, we can separate from our own perspectives long enough to show respect for the perspective of another. Listen to others, refrain from judgment, and be open to the idea that you may have to agree to disagree. Ideally, your voice will be heard, but accept that things may not turn out in your favor.

Standing up for yourself may not always have the outcome you expect. Staying assertive means reminding others that you have an opinion and it deserves to be heard. However, be careful to choose your words in order to clarify your stance, not in order to convince others that you are right. As soon as the conversation turns persuasive, you’ve stepped over the line of true assertiveness.

When you are passive, others may neglect to elicit your ideas in the decision-making process or take advantage of your meekness and overlook you entirely. Being aggressive, on the other hand, can be so abrasive that people keep their distance from you. They are less likely to see you as a team player and end up avoiding you and your emotions altogether. By standing up for your beliefs in an assertive, but respectful way, people learn to listen to you, even if they don’t agree with you. The honor you give others will translate into mutual respect.

In the end, “the most uncomfortable, the most terrible things that are happening in your life now are all part of the process to bring you to reveal your uniqueness,” says Michael Berg. “Living with this consciousness doesn’t necessarily take away the difficulty of standing up or being uncomfortable, but it gives it joy.”