Regaining What We Have Lost

Regaining What We Have Lost 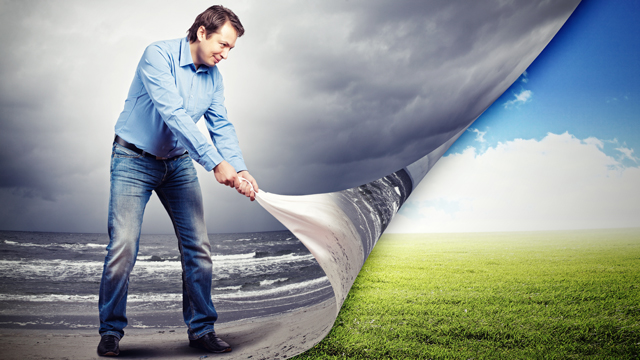 The portion of Va’etchanan is always read during the week of the 9th of Av – the day of the destruction of both Temples.

Shabbat during Va’etchanan is also called Shabbat Nachamu, because of the verses read from the Prophet Isaiah about consolation.

What is consolation from a kabbalistic viewpoint? Is it when you go to someone that just lost a loved one and say… what? I feel your pain, I'm so sorry for you, poor you, it’s going to be ok, etc.

Is this real consolation? With enough love and care it can surely help, but is this the best you can offer?

The Rav says that real consolation – causing a person to not suffer anymore – is very simple: just give them back the thing or the person that they lost! Once they have regained what they lost, why should they keep suffering?

The ‘little’ problem is: how do you bring back someone that passed away?

The Rav explains that death is actually something that happens to us much more than it happens to the person that passed away, meaning the person that died is not as dead as we think… For people that study Kabbalah, death is just the end of a chapter of a much bigger book. The whole idea of death is that we come to a point where we have problems communicating with the person on the other side of the process.

The word Va’etchanan has the numerical value of 515, which relates to the number of times that Moses begged the Creator for permission to take the Israelites into the land of Israel. He was denied entry – the Rav explains that the Israelites were not prepared to enter, so if Moses had taken them in, the Light would have actually ‘burned them out’.

It wasn’t about Moses, it was about the Israelites. Likewise, when we speak about death, the problem is not that the person passed away, it is about the consciousness of the living person that does not let him see the deceased.

The same goes for the Temples; it says that the third Temple will not be built but revealed, meaning that it is already there, waiting for us to reach the state of mind in which we will be able to see it.

The 9th of Av is the starting point of a process of seven weeks leading up to Rosh Hashanah; by the time we get there we need to have reached a state of total consolation, erasing the suffering of others and recovering everything we’ve ever lost, both on a personal level and all together as a whole. We must reconnect with our endless and unlimited state of being – that is our true essence and our purpose.