Match-Making and the Splitting of the Red Sea

Match-Making and the Splitting of the Red Sea 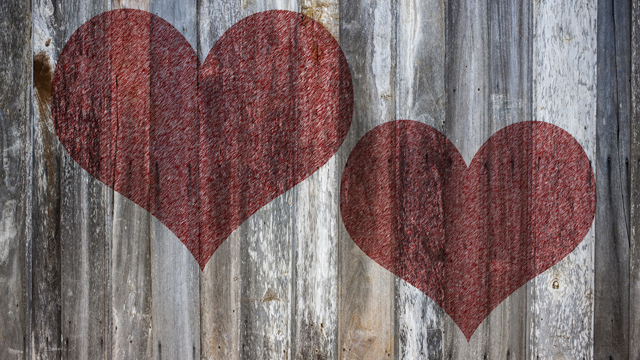 The concept I will discuss here is one of the most intriguing concepts out there to many people in the world, students of Kabbalah or not: Match-making (or ‘why I still don’t have my soul mate in my life’). In the words of the Zohar: Match-making is difficult before the Holy One, blessed be He, like the splitting of the Red Sea.

In the literal story of the Torah portion of Beshalach, we read that the Israelites were standing in front of the Red Sea after coming out of Egypt. With the Egyptians behind them and wild animals on the sides, they had nowhere to go. They cried out for Moses to appeal to the Creator, whose answer was: Why are you crying out to me? Tell the people to go forward (Exodus 14:15). Moses raised his staff, and the most incredible miracle happened: the Red Sea split and the Israelites crossed on dry land. The Israelites were saved. As the Egyptians followed after them, the sea closed back up, drowning them.

Was the splitting of the Red Sea difficult for Him? Is it not written, "He rebukes the sea and makes it dry" (Nachum 1:4)? "He calls for the waters of the sea, and pours them out upon the face of the earth" (Amos 5:8) and, as soon as the desire arises before Him, everything is as nothing before Him, and you say that splitting the Red Sea is difficult to perform before Him?”

In other words, there isn’t anything that is really difficult or hard for the Creator to do, so what does the Zohar mean?

The Zohar says that, at the same time that the Israelites were saved and the Egyptians were drowning, the Creator said: The works of my hands are drowning in the sea and you sing praises before Me? Meaning there are not ‘good guys’ and ‘bad guys’ in the eyes of the Creator – we are all one, we are all loved just the same. The Israelites are not the good guys and the Egyptians are not the bad guys. This is just how we are trained to think.

Since the Israelites acted with the same selfishness as the Egyptians, it was ‘hard’ for the Creator to prefer the Israelites, to split the sea and let them live while letting the Egyptians drown. However, the Israelites had a job to do – to bring to humanity the Torah, the ‘user manual’ of how to live a chaos-free life.

It is also written: "And the sea returned to its strength (Heb. leeitano) when the morning appeared" (Exodus 14:27). We learned that "leeitano" MEANS litnao (Eng. 'to its conditioning'), to that condition that the Holy One, blessed be He, made with it when He created the world. FOR HE HAD MADE A CONDITION THAT IT SHOULD SPLIT FOR YISRAEL, BECAUSE EITANO (ENG. 'ITS STRENGTH') IS SPELLED WITH THE SAME LETTERS AS TNAI (ENG. 'CONDITION’).

When their time to be married arrives, the Holy One, blessed be He, who knows THE MALES AND THE FEMALES OF these spirits and souls, joins them as they were BEFORE THEY CAME DOWN TO THE WORLD. And He announces, THE DAUGHTER OF SO-AND-SO TO SO-AND-SO. When they are joined together, they become one body and one soul … THIS IS NOTHING NEW, BUT RATHER A RETURN TO HOW THEY WERE BEFORE COMING DOWN TO THIS WORLD…

Simply put, the Zohar says that soul-mates are conditioned to be together since before the creation of the world, so nothing – NOTHING – can stop their union from happening.

However, in the following verse the Zohar also says:

You might say, "But we have learned that a man obtains a mate according to his deeds and ways of behavior!" It is assuredly so! If he is meritorious and his ways are correct, then he deserves his own SOUL-MATE, to join her AS THEY WERE JOINED when they left the Holy One, blessed be He, before bonding a body.

We have also learned that according to the secret of the Braita, the mating of all souls, which are reincarnated, BUT HAVE NO SOUL-MATES can be performed before their time through mercy. THIS MEANS THAT HE MAY PRECEDE AND MARRY SOMEBODY ELSE'S SOUL-MATE.

These verses signify that there are people that come to this world without a soul-mate. If they act in tune with the universe, they might get married to the soul-mate of someone else who did not do enough spiritual work to earn his or her soul-mate. But when the time comes and the two soul-mates are ready to be joined, it has to happen immediately.

Let’s say that Joe and Nancy are soul-mates. Joe is lazy in doing his spiritual work and not cosmically deserving of a chance to meet Nancy, so Nancy might instead meet and get married to Steve. However, if Joe later does enough spiritual work to earn marrying Nancy, Steve will be forced out of the picture, because it is a condition that Joe and Nancy should be together.

The Zohar continues: …and this is why match-making is difficult in front of the Holy One, blessed be He, … he needs to take from one and give to another, and this is what is difficult for him, reject one for the other... – like it was in the splitting of the Red Sea.

So if you don’t have your soul-mate, don’t be discouraged. You just need to work harder spiritually.