Looking Past the Ego

Looking Past the Ego 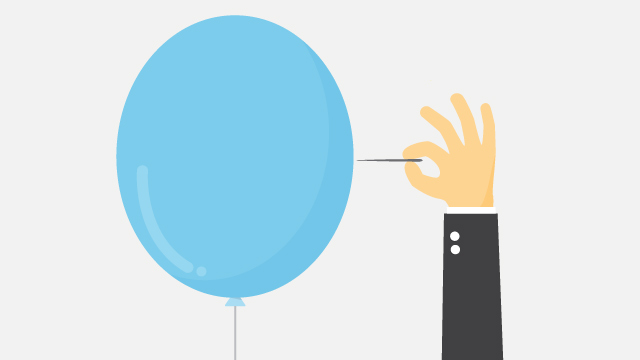 On the night of December 25th, 1776, General George Washington crossed the icy and treacherous Delaware River, leading his troops towards Trenton, New Jersey. There, Hessian soldiers (Germans contracted to fight for the British) were enjoying the Christmas holiday. They had let their guard down, thinking the Americans weren’t anywhere near them.

Legend has it, the colonel leading the Hessians, Johann Rall, had been given a note by a British Loyalist, which revealed the whereabouts of General Washington and his army. Rall tucked the note in his coat pocket and continued gallivanting about Trenton.

Colonel Rall was later killed as he led his troops away from the Battle of Trenton. The note was found unopened in his coat pocket.

Our egos are infamous for convincing us that we know what the truth is, that we are headed in the right direction (literally and metaphorically), or that we don’t need anyone’s help. Wrong, wrong, and wrong.

Of course, it’s easy to fall for these lies; they create an illusion of safety within our comfort zones, where we can ignore the possibility that someone else may have valuable insight or a helpful solution. Many of us let our egos dictate our lives, giving us a false sense of fulfillment (and in the worst cases, entitlement and self-righteousness). However, ego cannot bring you closer to others nor to the Light of the Creator. It supports a feeling of authority, which creates disconnection from others.

We can only achieve true spiritual contentment when we let go of the ego and learn to listen, to seek truth outside of ourselves, and see things from another point of view. Letting go our ego allows us to see the good in others, and the ever-present potential for growth.

“Letting go of ego means listening to another completely—even when we don’t agree with what they have to say,” says Karen Berg. “It means allowing someone to have a differing opinion—and not turning it into a war of words. It means being in a place where we recognize that we don’t have to take offense—just because someone doesn’t share our viewpoint.”

Yet, our egos keep us wrapped in a kind of cocoon, oblivious to what we can’t see with our own eyes. They create separation by preventing us from seeing the desires, opinions, for feelings of others. When we begin to understand that there is more to this life than our own experiences, that we have a great deal to learn from those around us, we can begin to move beyond the limitations of the ego. Unity is not feeling any division between ourselves and others—it is valuing their experience as much as we value our own. This is the key to breaking down the ego.

When we remove the boundaries of the ego, we become one with the universe, with every human being, and with the Creator. Still, the battle of the ego is a life-long endeavor. “Remember,” says Karen Berg, “in the moment, letting go of our ego is not easy; but is one of the best ways to bring yourself a sense of lasting fulfillment and to breathe life and energy into those areas where you may feel a little stuck.”

In the end, it’s our actions and willingness to look beyond the ego, which bring us together. Every day opportunities arise for us to let go of ego. Go beyond simply listening; seek out the thoughts, opinions, and ideas of others. You may learn something new. You may even be inspired.