Living within the Frame of Life

Living within the Frame of Life 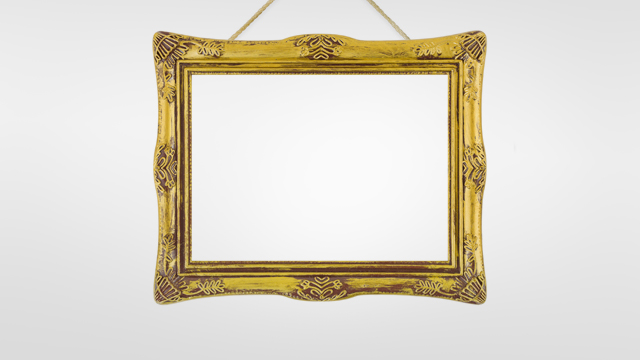 The first verse of Vayechi says that Jacob lived in the land of Egypt for 17 years. The Zohar asks why do we have to know that Jacob went down to Egypt and lived there for 17 years, when obviously, from the previous portion, we know that he was living there. Here the Zohar give us the remarkable revelation that the prophecy Jacob achieved in Egypt, like the prophecy of Moses, who lived the crux of his life outside Israel, was of a level of consciousness that no other prophet ever came close to achieving. They both gained the level of understanding and consciousness known as nevua only because they were outside of the land of Israel.

We know the power of the land of Israel and why it is called the Holy Land is because it is where the center of energy is located. If Israel is where we can draw the maximum intensity of energy, why does the Zohar conclude that Vayechi Yacov or “and Jacob lived,” means that Jacob revealed all of life’s existence—past, present and future, from the beginning to the end, which is nevu’a, in Egypt. When the Bible informs us that Jacob lived in Egypt, it is not telling us or repeating again where he lived so that the author can fill more pages; the Zohar says that “And Jacob lived in Egypt” means that the complete existence of life was revealed for him in Egypt. Why in Egypt? The Zohar explains that the first galut (exile) was in Egypt, indicating that Egypt was an area of the most intensely negative energy that ever existed in the world. We know they demonstrated this power in the art of mummification, preserving a body for thousands of years. It was a feat that expressed the energy intelligence and consciousness of the Egyptians.

What is negative energy and where is its origin? The Zohar says that negative energy stems from the body, which knows only one kind of energy intelligence—the Desire for Itself Alone. In other words, once the body partakes of food and such, no one else can share with that, it has already been consumed by the body, been centered within the body, and it closes off that which it has received from everyone else. Therefore, the Bible is speaking about the consciousness of Egypt and not just the land of Egypt.

The Zohar asks why the Israelites fell into the land of Egypt and not somewhere else. The answer is because for every positive action there was created an equal and opposite negative creation of energy intelligence, meaning everything is balanced in this world. We have the choice, the free will, but for every positive precept that exists in this world there is also the force that can make us behave in a manner that is equally opposite to that consciousness of sharing and goodness.

For Jacob and Moses to achieve the level of consciousness of nevu’a, this revelation had to come in the place where the botz (mud) is located. What happens when you get stuck in mud? The more you try to extricate yourself, the more you are unable to get out of it, almost like there is a supernatural pull preventing you from getting out of it. Only in Egypt could Jacob and Moses receive what they did because if the nevu’a was revealed to them in Israel, they would have had no free choice; it would have been as if they were given a gift that they would not have earned.

In Egypt, this negativity was so pervasive, it was almost impossible to behave in a positive way, and despite that, Jacob and Moses were the only two people who could handle the 49 Gates of Negative Energy, therefore nevu’a wasrevealed to them there. If everything comes without difficulty then we have achieved nothing.

Jacob and Moses achieved this level of consciousness, to which the Zohar says no other prophet has climbed, because they willingly exposed themselves to an extremely negative environment. They had become involved and exposed in the mud.

If we do not go through the suffering and pain of negativity we can never achieve, says the Zohar, the level of vayechi; we will not know what it means to “live.” There is no way of measuring goodness if it is not counterbalanced with negativity, which enables us to determine which path to choose. If someone is born into a situation of sheer positivity, his level of consciousness will never take him beyond the level of consciousness upon which he came into this world.

Jacob drew down the energy of vayechi, of life. When an individual gets involved in an accident or contracts a disease, the Zohar says it is because this person has become vulnerable. In other words, if there is an empty space that we do not fill with positive energy, we become vulnerable and everything else can come in.

The Zohar says that if we are not living within the frame of reference known as positivity, life or Or deChochmah (Light of Wisdom), we have created an opening by which all forms of negativity can now come in because they are always attached to the place of lack. This is the way diseases and accidents occur.

Jacob subdued, overcame, and vaporized the highest form of negative energy. For him, it became nonexistent. It is said that the moment Jacob came to Egypt, the famine ceased and everything beneficent became established with him because he was a tzadik (righteous person).

The reason we read or scan this section in the Zohar is because it enables us to go back in time, to be there together with Jacob, and to create again, as Jacob did, a condition for all mankind where negativity could no longer become manifest.