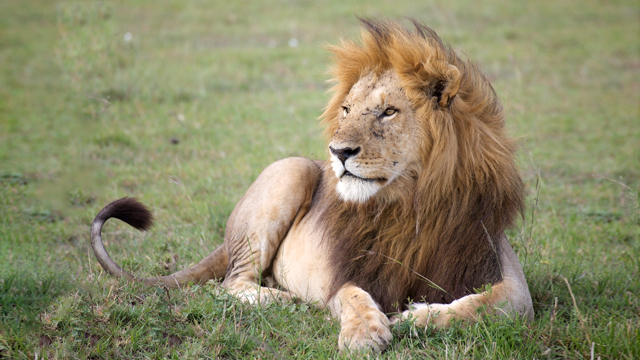 The Hebrew month of Av, concurrent with the influence of Leo, has traditionally evoked fear within the hearts of men. So many significant tragedies have occurred during this peri­od for mankind including the destruction of Temples One and Two set off periods of unrest and war throughout the then known world followed by the Dark Ages.

What seems odd, if not strange, is that the month of Leo stands out with this unique feature. Inasmuch as 20th century physics has taught us that the inanimate, too, possess consciousness, we must ask ourselves, just what is the thought process that induces such neg­ative activity.

Before we can arrive at some original motivating causes, let us explore one question, why do the planets revolve around the sun? It is an indis­putable fact observed by all and yet very few have dared to raise this question.

However, one thousand years ago, the famous Kabbalist, Shab­batai Donolo, also a physician and astronomer, did indeed raise this question and perceived the following answer. The sun's internal consciousness is gov­erned by the sefirotic, energy­ packet intelligence of Yesod, the sustainer and provider for the universe's fulfillment and sustenance. Yesod intelligence is aptly portrayed by the biblical character Joseph, the son of the Patriarch Jacob. And as told by the Bible, Joseph was the provider of food and suste­nance for the entire world.

Consequently, continues Shabbatai Donolo, the energy and consciousness provider for the entire solar system is the sun and the planets there­fore revolve around the sun in a continuous procession receiv­ing their daily sustenance – an answer so profound only a kab­balist can share with us, while at the same time so simple that all laymen can understand. This is essentially the secret of all kabbalistic teachings, simple, devoid of all complicated theo­ries and formulas.

It is precisely for this rea­son that the sun does not share its energy among the Zodiac signs of the constellations as do all other significant planets other than the moon. Its energy is channeled through the sign of Leo without any dissipation or division. This was the reason why Abraham the Patriarch designated Leo as the prevailing constellation in this month of Av. Just as Leo the Lion is king of the jungle, so too, the Sun and Leo reign in the universe.

With the information pro­vided by Shabbatai Donolo, the mystery as to why the month of Av stands out as such a neg­ative month is all but removed. However, the month of Leo need not turn into a negative month. On the contrary, the opportunities for Av to be equally impressively positive exist as well. The question as to how this enormous dimension of Light and energy can be har­nessed and put to productive utilization is what Kabbalah is all about.

In addition to raising our awareness to the possibilities of Murphy's Law and Satan pre­vailing over mankind, Kabbalah and its teachings can provide an equal opportunity for turn­ing around a potentially bad situation to one of incredibly beneficial consequences. This was precisely the situation in Egyptwhen the waters turned to blood and then the Israelites, with the kabbalistic methodology reinstated the waters to their normal state, fur­nishing the body with its posi­tive attributes.

The Zohar goes one step further in its clarification of the true character of the prop­erties of the Sun, an area untouched by any segment of the sciences. The protective or taming shield originally estab­lished by the name of God, Elokim in Genesis, something along the order of the ozone layer in the heavens, is inopera­tive during the month of Leo. This declaration by the Zohar is further evidence that potentially, the month of Leo could turn into a nightmare. This shield in kabbalistic terminolo­gy is referred to by its code name, Shechinah, the manifest­ed presence of God in our phys­ical realm.

The Hebrew designation of this month as Av by the Patriarch Abraham should have been a further clue to its inter­nal character. The word Av means father. Now why should or would Abraham decide to choose "father" as an appropri­ate name for this month of Leo? Shabbatai Donolo already allud­ed to its reason when he defined the Sun's place within the galaxy as the provider or sustainer of the universe.

To provide sustenance for an entire universe certainly required an enormous capacity to infuse all the signs of the Zodiac and subsequently all of mankind and the physical realm. The name "father" fit this appropriate designation. Consequently, persons born under the influence of Leo are magnanimous in as much as they are touched by the inter­nal character of Sun.

However, this enormous advantage acted as a double ­edged sword. While the plus side to this ideal situation pro­vided for the Sun's ability to maintain its designated purpose within the scheme of celestial operations, persons or nations unprepared to meet or deal with the Sun's overpowering energy would no doubt react to its dispensation of energy negatively. This situation is similar to an individual sunning him or herself in the strong rays of the sun without the protection of sunscreen.

Failure to take advantage of exposure to the sun because of the fear of being burned is no different than rejecting the use of electricity out of fear of receiving a shock. One learns how to put to use electrical current for one's benefit while avoiding its harmful effects.

This is precisely the pur­pose of the Ana b’Koach, the appropriate Hebrew letters and other kabbalistic information which permits mankind to tap the awesome power of the celestial regions. The Sun, Av and Leo provide an incredible opportunity for mankind to instill the entire universe with positive energy and thus bene­fit and improve the life‑style and well‑being of those who initiate this cosmic influence.

We are not an isolated entity in the universe, we are an inte­gral part of all that exists ‑ an extension of energy systems ranging from the one that makes an atom join with others in the formation of a molecule to the billions that fuel the stars and drive the galaxies. But physical energy systems also affect our lives, for better or for worse, and their study is what Kabbalah is all about.

The 21st century is dawning with threats of additional wars, terrorist activi­ties, brutalization of children, mothers who turn their babies into drug addicts in the womb, and children emerging as remorseless murderers before they are teenagers. Under such circumstances, it is incumbent upon men and women everywhere to learn the one energy system by which they can take control of their lives and change the course that leads only to the extinction of humankind.

The kabbalist knows how to do that because the kabbalist knows why all the bad things are happening. The torrent of random chaos manifested in our universe is the direct result of the negative actions of the living horde of humankind, not to mention the residue left by preceding generations. We are swamped, as never before, in negativity, and only through Kabbalah can the torrent be reversed to bring order out of the chaos, and music out of the noise.

The Zohar foresaw that one day in a time to be known as the "Age of Aquarius," which is upon us now, that humankind would seize control over its destiny by coming to grips with the profound mysteries of the cosmos and the many problems confronting human society.

Meditation and prayer are the metaphysical links combin­ing and connecting Earth and Man to the celestial Lightforce of God. Prayer is the communication system by which man fulfills the original intent and purpose of his existence. The would be practitioner must be willing to work for it by stretching the mind, developing techniques of prayer and meditation and even learning the Hebrew alphabet, since the letters are literally the building blocks of the universe. There is no better time for this adventure than the month of Leo. Best wishes for this massive undertaking.