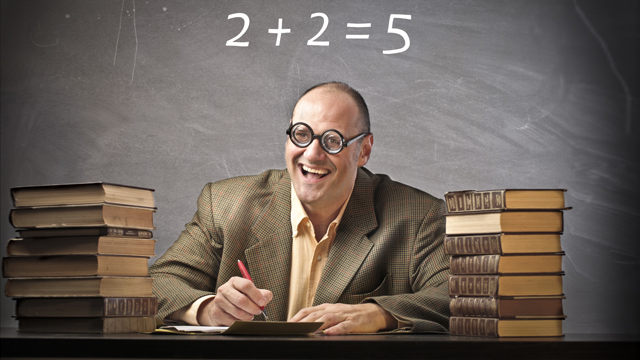 In 1492 Columbus sailed the ocean blue…in search of spices, gold, and a quick route to East Asia. On his first voyage westward, Columbus predicted that he and his crew would land in India in approximately one month’s time. The trip to solid land ended up taking twice that time. That’s a pretty big mistake for an explorer to make, considering all the money the Spanish monarchy invested in the journey. Based on the calculations of contemporary scholars—most of whom were Muslim, Columbus believed he could sail west for about 15,000 miles and hit India, China, and the Far East. What he did not account for was the discrepancy between the Middle Eastern mile and the European mile, which was much shorter.

When the days passed and they still had not sighted land, there is little doubt that Columbus knew he had erred. Social scientists have studied the psychology of mistakes for decades and use the term cognitive dissonance to describe what happens when a mistake causes us to question a belief we’ve held. Cognitive dissonance is the state of inner conflict we feel when we are standing between two inconsistent ideas. For example, “Cheating on your taxes is wrong” and “I just cheated on my taxes.” Another example—we all believe that we’re good decision makers. Cognitive dissonance might occur when the new refrigerator we purchased doesn’t work well or as advertised, which conflicts with our belief that we’re shrewd consumers.

Of course, it’s speculation to assume what Columbus must have been thinking and feeling in those long days before finally spotting land. With tension rising among the members of the crew, it’s pretty safe to say that he was feeling some amount of dissonance. You see, a funny thing happens when faced with cognitive dissonance—we try to reduce that dissonance by rationalizing our mistakes, making them out to be far less egregious than they may seem at first.

Unaware that two continents and a lot of water lay between Europe and Asia to the west, when Columbus finally set foot on what is now the Bahamas, he believed he had arrived in the Indies. After two days exploring the land, he overheard the islanders shouting in their native language, “Come and see the men who have come from heaven. Bring them food and drink!” Not only did he refuse to believe that they were anything other than Indian, but he had also convinced himself that he could understand their language after two short days! Columbus worked so hard to reduce the dissonance in his mind that he clearly heard and believed what he wanted in order to justify his colossal error. It is said that on his deathbed he still believed he had landed in India.

We all make mistakes (though most of us usually don’t end up on the wrong continent!) It’s the way that we respond to those mistakes that makes a difference. Denying our fallibility is temping. We don’t like being wrong. A smoker may think to herself, “I know smoking is bad for me,” but in order to reduce the dissonance between this idea and the fact that she smokes two packs a day she may conclude that, “It’s really not that bad. I’m still young. My neighbor has been smoking all his life and he’s 82 years old.”

Kabbalah teaches us that if we can recognize our mistakes, accept responsibility, and then learn from them, there is great potential to grow. But this requires a shift in consciousness. Often times, people don’t even know they have made a mistake. The thing about being wrong is that until you realize you’re wrong, you think you’re right!

If we really attempt to be honest with ourselves, and own up to our significant mistakes, we can benefit greatly. The key is to catch ourselves when we attempt to reduce dissonance. When we stop reducing dissonance, we are less likely to repeat the same mistake. If we never own up to our mistakes, chances are that we’ll continue to make them over and over.

According to kabbalists, we are meant to make mistakes. They are part of our life path. They teach us valuable lessons and spark transformation. “The mistakes that we make are guidelines on our way—how we need to change our personality to become better,” says Karen Berg. “We learn who we are via the things that we do that may even at times seem incredibly wrong…If we continue to fall in the same hole over and over again, it's time for us to take stock and see that somebody is surely trying to tell us something. We have to learn to see and to take that which we have done and change it to a path that is better for us.”

We make mistakes every day. Whether we recognize them, take responsibility, and correct them or not is the difference between transformation and stagnation. Our fallibility helps us to grow, but only if we allow it.