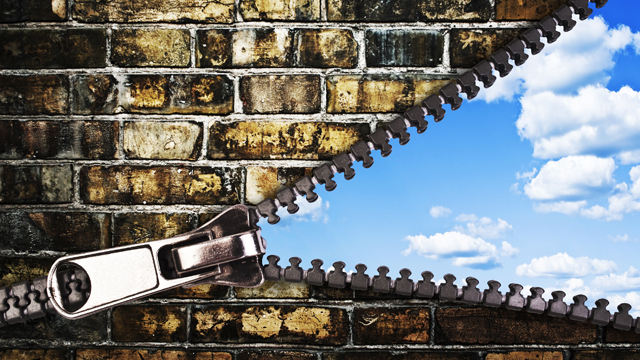 In this week’s portion we have the story of Korach, an extremely wealthy and wise member of the tribe of Levi. This means that he was related to Moses and Aaron, and yet Korach complained to Moses about Aaron and his sons being designated to be priests, or Kohanim (which of course was not Moses’ idea, but the Creator’s). Korach began a rebellion against Moses that eventually ended with him and his 250 followers being literally swallowed by the earth in a divine earthquake.

The kabbalists tell us that Korach "took"; in other words, Korach was stuck in the consciousness of taking and had failed to become a giver. This consciousness of the Desire to Receive for Himself Alone led him to want what was not his, despite what he already had. Korach was of the tribe of the Levites, who also served the Tabernacle as the Kohanim, the Priests – only not in the same capacity as priests. The Zohar explains that the Levites represent a unique and special energy, and had a unique and special job that only they could do. Similarly, the Kohanim represented another type of energy and had another very specific job that only they could do.

Korach, with Levi, was jealous of the work of the Kohanim. His consciousness – the Desire to Receive for himself – led him to want what they had. He could not get what the Kohanim had, though, because it would confuse their role, their energy. Different kinds of energy cannot mix. Korach had to play the role he was born for, which was to be the channel of power for Levi.

The Zohar explains that being jealous can be a good thing. Used correctly, jealousy can lead us to grow our desire to be connected to the Creator, which at the end of the day is the purpose of Creation. But we can only grow our desire and our connection with the Creator by doing our job: restricting our ego and correcting our Tikun. When we are jealous of someone else and want what they have, jealousy becomes the most destructive energy in the universe. In the case of Korach, his jealousy caused a devastating earthquake followed by a plague.

What will bring us true fulfillment and happiness is finding our role in this world and engaging in it. If we are we looking to have what someone else has, or be what someone else is, we will never be fulfilled – like Korach, who despite being the richest Israelite and receiving honors, felt it was not enough and wanted what someone else had. Working to raise our consciousness, on our transformation into being givers and not takers, is what will connect us with our soul and our Creator.

Everyone has a Korach inside; we all have the Desire to Receive for the Self Alone, which manifests itself in jealousy. The cure to jealousy is to transform that Desire to Receive for myself – which leads me to desire what others have – and use it to find my role, my job in this life, and concentrate on doing it. When I know my role and I'm doing my job, I don’t have the time or space to be jealous. Instead of focusing on what others have, I'm focusing on my work.

That was Korach’s problem: he didn’t focus on his work as a Levite, but sought to do the work of someone else. This week, we have the gift of being able to transform our jealousy into a positive force that helps us find our role, achieve our destiny and fulfill our potential.