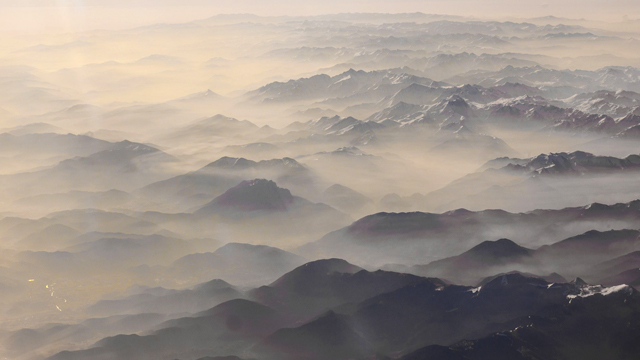 The portion of Vayeshev is probably one of the hardest ones to understand if you simply read the literal story. First of all, it tells us that Jacob – a Patriarch and a person of perfected spirituality, one who established a whole emanation, that of Tiferet – had a favorite son, Joseph. He gave Joseph a beautiful coat, something he didn’t do for his other sons. This piqued the already existing jealousy of the other sons, who, incidentally, are also very elevated souls. They wanted to kill Joseph, but instead sold him to slavery.

How could a patriarch have favorites amongst his children? Why would he do something he knew could make Joseph’s brothers dangerously jealous? And how could 10 brothers, who again are also spiritual giants, sell their own brother into slavery? Is this how we expect spiritual people to act?

And then, in the middle of all of this, we cut to an even stranger story! One of these ten brothers, Yehuda, marries and has three sons. He marries the oldest one off to a woman named Tamar. Then this son dies. So, as is dictated by Torah Law, Yehuda marries her off to the next son. But he dies, as well!

After that, Yehuda is scared to give her his third son. So, he tells her that eventually he will once that son grows up. This gets her out of the way without intending to actually marrying her off. A few years pass by and, of course, Tamar is not getting what she is promised.

Meanwhile, Yehuda’s wife dies and he is depressed. To take his mind off of it, he goes to the city, where Tamar lives. She takes advantage of the situation by disguising herself as a prostitute and seducing Yehuda. Since he didn’t have a way to pay her he gives her his signet ring as a guaranty.

Tamar becomes pregnant. Months later, when word gets to Yehuda that his daughter-in-law is pregnant, he sentences her to death by burning! She pulls out the ring and shows him he is the father of this child. And then the story becomes a telenovela with a happy ending: they marry, Tamar has twins, and one of these twins actually becomes the great grandfather of King David, and is therefore the seed for the Messiah.

What kind of story is that? This is supposed to be a spiritual treatise to teach us how to live our lives? This is why our teacher, Rav Berg, constantly quotes Rav Shimon Bar Yochai saying in the Zohar that whoever takes the Torah as a literal story is a fool. 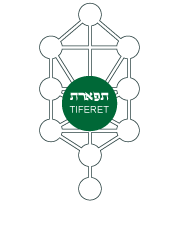 The Zohar then illuminates us by teaching us that Jacob represents Tiferet, the Central Column or the balance – the capacity to transform our ego-based, reactive, material desires into the Desire to Share and reveal Light. Joseph is also a chariot that establishes the energy of the emanation called Yesod, which also represents the Central column. Hence, when the Torah says Joseph was Jacob’s son, what it really means is that their energies were similar. And being that they represent the Central Column with Jacob on a higher level than Joseph, it means they have a little bit of both extremes: the Desire to Receive, the ego, the material, and the Desire to Share, the spiritual. They are able to be in both worlds.

This portion teaches us how to connect to both worlds, both extremes. After all, the purpose of our spiritual work is not to eliminate the physical, not to terminate our desire, but simply to elevate it by transforming it into a vehicle for sharing and revealing Light. This is what Jacob and Joseph could do.

Therefore, this story is full of the incomprehensible. It’s a story that mirrors our fragmented reality. However, when you raise your consciousness above the mere physicality, and connect it to the spiritual realm that is above time, space, and motion, above the illusion of fragmentation and separation, it all makes sense. Joseph needed to be sold into Egypt so that eventually the whole nation of Israel could go down to Egypt, cleanse themselves there, and be ready to receive the spiritual laws of the universe that would help bring about the end of pain, chaos, and suffering. Similarly, the relationship between Tamar and Yehuda had to happen so they could birth the lineage that would bring the Messiah, and with it the end of chaos, pain, and suffering.

When we are able to be in the Central Column, as Joseph and Jacob (which means to take the desire, the ego, the draw to the material, and elevate it to the spiritual, by sharing and having certainty), we can rise above the limitations and illusions of the physical reality, and therefore, rise above the chaos. That is how they were able to rise above the apparent chaos of the story of their lives as it appears in the Torah. This is the gift we get from the Torah this week. Have a good one!